It has been requested that this article be rewritten and expanded to include more information. Reason: include references in comics; many of these references are unsourced and seem to be based on pure speculation (tagged on May 10, 2017)

The following is a list of references and parodies to works and elements of the media, other assets of popular culture, and real-life celebrities and historical persons that have appeared in the Mario franchise and its partner franchises. Note that references to other Mario video games are not included here, nor are references in crossover games referring to the original series' source material. Historical or geographical references are also not included.

Sunplaza Nakano's likeness is used for the Goombas and the Piranha Plant.

An officially licensed retool of Super Mario Bros., many of the game's graphics have been altered or completely changed to feature references to All Night Nippon:

The Poké Ball planet in Buoy Base Galaxy

Baby Mario in the Blue Falcon

A Peach statue based upon the Statue of Liberty. 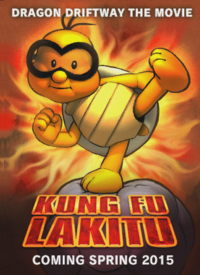 Movie posters at the Yoshi Theater.

Pikmin flying out from a patch of flowers.

The game features songs by Elton John and the song "My Heart Will Go On" by Celine Dion translated in Japanese.

The "Purple Plunger for Bravery" is a reference to the Purple Heart military medal.

Most episodes of the show are references to books, movies, and songs, usually from around the 1980s.

The songs "Smelly Town" and "My Karoobi" are parodies of the real songs "Surf City" and "My Sharona" respectively.

In "Rock TV", several shows, TV channels, and companies in the episode are either parodies of or are actually real life shows, channels or companies including Mr. Koopa's Neighborhood, PBS, Koopasonic, and World Dinosaur Wrestling Federation. Mario's line "I want my Rock TV!" is a parody of MTV's slogan, "I Want My MTV." The family that King Koopa spies on is watching Wheel of Fortune.

In The Big Bridge, there is a collectable based on the Pokémon Pikachu.

The smile in the Item Shop menu.

The smile is a reference to the Japanese McDonald's menu, in which the charge of a smile is 0 yen.

The Gunship in the background of Busted Bayou. 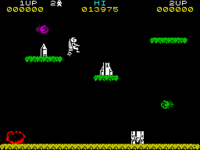 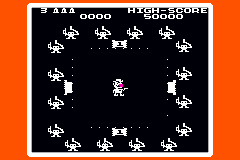 "Sheriff" from Mega Microgame$! was an early Nintendo arcade game.

The Donkey Konga series includes both songs from popular culture and music from other Nintendo franchises. The songs are different in each region.