This article is about the race course in Mario Kart 8 and Mario Kart 8 Deluxe. For the WarioWare: Smooth Moves microgame, see Animal Crossing: Wild World.

In offline play, except for Time Trials (which uses summer as the only theme for the sake of consistency among Time Trial records), it is possible to select the season by holding down a shoulder button before the race starts if the player is using the Wii U GamePad, the Classic Controller (Pro), or the Wii U Pro Controller. Holding

The starting line in all four seasons.

The course starts out next to the Town Tree, Town Hall, and Able Sisters' shop before crossing over a bridge and into a forest area with many trees; crashing into a tree causes a fruit to fall to the ground, which functions like a Mushroom, giving a speed boost to the first racer to drive over it. After this, a right turn comes up leading to a left turn and then a Glide Ramp, which goes over a small river and into another part of the town with a fountain whose water can be tricked off of and floating balloons with Item Boxes attached to them. Many houses can be seen in the background here.

The track then goes straight while descending, until it turns left and onto the beach with shells that can be knocked aside. The track then curves left and back up a hill which goes past Nook's Cranny, and onto a bridge with a Dash Panel on it which crosses over the hill that was descended earlier. At this point, players may fall to the lower section of the track; if they do, then they will get picked up by Lakitu and brought to the next section of the track. In this section, the track curves right, the museum can be seen in the background, and Mr. Resetti occasionally pops out of the ground, acting as a hazard, unless the season is winter, in which case Snowboys instead appear as obstacles, functioning like Snowmen. After this corner, there is a left turn to the finish line.

There are subtle differences in the track between seasons.

The music also changes depending on the season.

References to the Animal Crossing franchise[edit]

As this course is based upon the Animal Crossing franchise, it also features various references to those games. They are listed below: 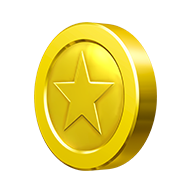 "We received orders to come up with something bright and cheerful that would suit looking at cherry blossom in the spring. I think we've achieved it with that winding electric guitar line, wouldn't you agree? The playful trombone part is something you can only hope to capture in a live performance."

"This is a title I have an emotional connection with, so I really put my heart and soul into working on this arrangement. I started with the summer version of the Animal Crossing background music and found that it was rather like a puzzle, working out which instruments and motifs would suit each season. For this track, I went with a gypsy folk swing feel to give that sense of energy you get in the summer."

"I thought the slightly melancholy feeling of an autumn sunset would suit Animal Crossing perfectly. I hope you'll enjoy the warm tones of the accordion and guitar combining."

"I was really stumped as to what kind of motifs to use in the night sequence. I decided to vary the type of drumsticks and the playing method for each season, and also used different types of bass. I really hope you're able to notice this variation of tones here."