This article is about the location in Paper Mario: The Origami King. For the stage in the Super Smash Bros. series, see Pirate Ship.

“WOOOOOW! The Great Sea is SOOO big! This breeze feels SOOO good! *sniff* Why does it smell SOOO salty? It's so endlessly big... The only word you could use to describe it is EPIC! Well, that and "great," I guess.”
—Olivia, Paper Mario: The Origami King

The Great Sea is a purple streamer area seen in Paper Mario: The Origami King. It acts as a hub, connecting the 11 islands in the area and the Princess Peach. It can be accessed as early as after Bob-omb rejoins Mario and Olivia in Chestnut Valley (after which an engine for a boat docked at Toad Town is ready, provided that Mario has rescued the Sea Captain Toad in Autumn Mountain by that point), but is not fully explored until after the yellow streamer area is cleared. Additionally, Mario and Bob-omb are required to venture into the Great Sea after Olivia is trapped under a boulder in Sweetpaper Valley. There are no ? Blocks or Not-Bottomless Holes in the Great Sea itself; however, there are numerous treasures to be found in its depths. Additionally, while no Toads are directly rescued here, it is required to collect the Big Shell to free the Toad's BBQ Foodeatery caretaker in the Whispering Woods. 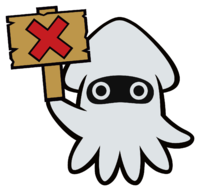 The Great Sea is a large, ocean-like area connecting several islands. It is navigated using Sea Captain Toad's boat. When first accessed, a thick, impassable fog covers most of the sea, concealing everything but Scuffle Island and the Princess Peach. After completing the puzzles at Bonehead Island, the fog clears, allowing access to all the other islands. Several enemies are seen roaming around the ocean, and will fight Mario if the boat gets too close.

Mario is required to enter the Great Sea to reach the Princess Peach and get a spare fuse for Bob-omb. Mario later returns to the Great Sea after rescuing Captain T. Ode and getting his Sea Chart, which allows the party to travel through the fog to Bonehead Island. The purple streamer is shown cutting through the sea floor at multiple points, but eventually leads to the top of the Sea Tower.

Several Toads on islands in the Great Sea will mark spots on the Sea Chart to dive for treasures as thanks for Mario rescuing them. The Super Marino is required to dive at those spots to search for and grab the treasures. Additional items that can be collected from the sea floor include a Heavy Bag, a Canned Heart, a Big Shell, and some coins.

Mario can access a total of 11 islands in the Great Sea. Each island, with an exception of the Sea Tower, has a stone Toad statue that Mario can examine. If Mario finds all Toad statues across the Great Sea, he is rewarded with Collectible Treasure No. 80: Shangri-Spa Toad Statue.