This article is about enemy bosses in the Mario franchise and all related series. For general enemies, see List of enemies.
"BOSS" redirects here. For information about a level also known as "BOSS", see Donkey Kong (level). 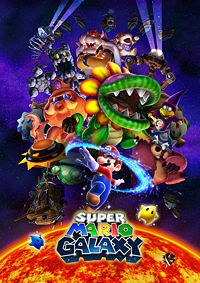 The bosses in Super Mario Galaxy

This is a list of bosses, powerful video game enemies found in levels. They are usually fought at the end of a level, world, or chapter. Most of the time, the player cannot advance to the next level until the boss is defeated. However, there are certain exceptions to this rule. Bosses are usually much more difficult and take more time to defeat than the other enemies in that level or world. There are several types of bosses: