Prince Bully is a boss that appears in two Enemy Battles of Super Mario 3D World. He is a silver Big Bully (similar in size to Chief Chilly) with red feet and large, gold horns, and he sports a distinctive red plume on his head reminiscent of some military helmets; in the second Enemy Battle, his feet and plume are blue. Prince Bully also has a grate-like mouth from which he can breathe fireballs.

Prince Bully about to be pushed into a Clear Pipe

Prince Bully appears in Super Mario 3D World and Super Mario 3D World + Bowser's Fury in the Enemy Battle of World 6, Prince Bully Blockade. Like other Bullies, he will attempt to ram into Mario and company and push them around; the player can push him back by jumping on him or using any method of attack such as a fireball. If Prince Bully is rammed or skids to a stop, he inhales and his mouth turns red before spewing a red fireball at the player. This can be interrupted by ramming him again. There are two groups of three Clear Pipes in the room, and ramming him towards one causes him to get stuck; ramming him again forces him through the Clear Pipe, which deposits him out of one of the others at random in a squished form. The players can also let Prince Bully ram and get himself stuck in a clear pipe by leading him to one of them and then ramming Prince Bully into the pipe. Kicking Prince Bully three times in this state defeats him, rewarding Mario and company with several coins and the level's Green Star.

Prince Bully reappears in Prince Bully Blockade Is Back, one of two Enemy Battles in World Castle. His plume and feet are now blue, as are the fireballs he shoots, which consist of three blue fireballs that curve toward the player, and he fires an additional projectile for each hit he takes. As before, three hits after pushing Prince Bully through a Clear Pipe defeats him, with the reward being several coins and another Green Star. Unlike the other non-Bowser bosses, he does not reappear in Boss Blitz.

A cat variant appears in Bowser's Fury as a boss in Mount Magmeow. He acts exactly the same as in the base game, aside from his aesthetic changes. He only appears in the area's first mission and does not reappear afterward.

It has been requested that this section be rewritten and expanded to include more information. 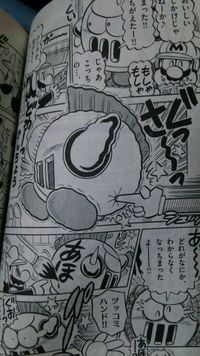 Prince Bully also appears during the Super Mario 3D World arc of Super Mario-kun, specifically volume 49. In it, Mario, Luigi, Toad, and Peach fight him. While fighting, Prince Bully is teased through a variety of methods, such as being poked, slapped, and having「あほ」("idiot") written on his back.