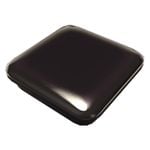 Color Panels[1] are objects in Super Mario 3D World and Super Mario 3D World + Bowser's Fury, appearing in bonus areas. As the name implies, they light up in different colors when activated, which can be done simply by stepping on them, kicking a Green Shell over them, or tapping them with the touchscreen. When all the Color Panels are lit, a Green Star appears. Color Panels are found in five levels in the game: Really Rolling Hills, Sunshine Seaside, Bob-ombs Below, Rainbow Run and Night Falls on Really Rolling Hills.

In Bob-ombs Below, the Color Panels, when lit, reveal an 8-bit sprite of Mario from Super Mario Bros.. If Mario, Luigi, Peach, Toad or Rosalina gets the Mega Mushroom hidden in the bonus area, they can perform a ground pound to light several Color Panels around them at once. In this level and both versions of Really Rolling Hills, when all the Color Panels are lit, a cover of the ground theme from Super Mario Bros. can be heard in the background.

Color Panels also appear in the Captain Toad: Treasure Tracker level Razzle-Dazzle Slider, in which Toadette must slide down the pinball machine structure without falling into holes to light five Color Panels and lower the gate to the Power Star. The Color Panels can still be lit with the touchscreen, which is the only way to achieve the level's challenge time.