Not to be confused with Control Coin. 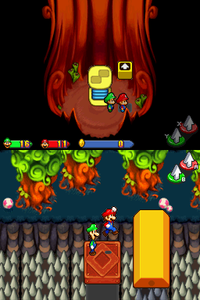 The use of a Control Block

There is usually a Warp Block on the other side of the spikes so that the older brothers can be reunited with the babies once across.