Jen Taylor is an American voice actress who provided the voice of Princess Peach and Toad since Mario Golf up until Super Mario Strikers where Nicole Mills replaced her temporarily as Peach, until she was also replaced by Samantha Kelly as the current voice of Peach and Toad. She has also provided the voices for a variety of other characters, including Toadette since her debut in Mario Kart: Double Dash!! up until Mario Party 6, Birdo in Super Mario Advance, and Princess Daisy in Mario Party 3, Mario Party 4 and Mario Party 5 replacing Jessica Chisum until Mario Golf: Toadstool Tour where she is replaced by Deanna Mustard as the current voice of Daisy. She was Princess Peach's first long running voice actress, with the second one being Samantha Kelly. 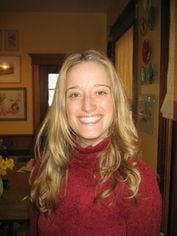 Jennifer Lee Taylor was born on February 17, 1973 in Seattle, Washington, United States. She has provided the voice for many Nintendo characters, but is well known for being the voice of Princess Peach, Toad, and Toadette. In addition to doing voice-over work for Nintendo, she has also done voice-over work for Microsoft such as voicing Cortana from the Halo series and the Cortana voice assistant in the Windows Phone 8.1 and Windows 10 operating systems, including the Cortana app for iOS and Android devices. Taylor attended school at Oxford University. She also spends a lot of time at the Seattle Children's Theatre.

After 8 years, Jen Taylor ended her career with Nintendo in 2006 to make sure she was able to work more in the Seattle Children's Theatre, although her voice clips as Peach and Toad still continue to be reused for some of the current Mario games on an occasional basis.