The Super Mario: Yossy Island Original Sound Version is the Compact Disc soundtrack to Super Mario World 2: Yoshi's Island composed by Koji Kondo. It was released by Nintendo on November 25, 1995 in Japan, and was published by NTT Publishing Co., Ltd. and distributed by Datum Polystar Co., Ltd..

The soundtrack is now a rare item, with some retro game stores in Tokyo offering hundreds of dollars per copy. 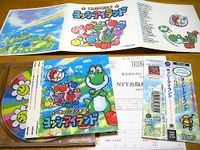 Materials included with the soundtrack

All the songs were reused in the Game Boy Advance remake of Super Mario World 2: Yoshi's Island, Yoshi's Island: Super Mario Advance 3, but in decreased audio quality. Other than that, the songs also returned in later games, and most of them are remixed or re-arranged. 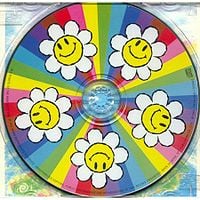