Mario Basketball 3on3 Original Soundtrack is an original soundtrack released only in Japan for the game Mario Hoops 3-on-3 and it was published by Square Enix. It has all thirty-one songs from the game, though the CD versions of the song are slightly altered and tend to have a higher sound and instrument quality than the in-game versions due to the limitations of the Nintendo DS sound chip being freed.

The soundtrack was composed by Masayoshi Soken, who would later work on Mario Sports Mix and become the main composer on Final Fantasy XIV. 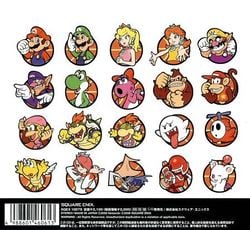