It only appears in the Gauntlet, where a pair of Dark Satellmite X assist Dark Star X in its boss battle. Both Dark Star X and its Satellmites are fought twice, first as a Class 6 boss; defeating it unlocks Class 7, where they assist it again as part of the boss rush's penultimate battle. 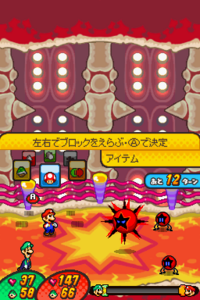