Pokémon Stadium 2 is a stage in Super Smash Bros. Brawl, and it returns in Super Smash Bros. for Wii U and Super Smash Bros. Ultimate. Although basically a copy of the Pokémon Stadium from Super Smash Bros. Melee, it differs in appearance to match that of Pokémon Stadium 2, hence the name. The terrain will occasionally shift into one of four different types, and these types are different than those that the other Pokémon Stadium changes into. The terrain types are Ice, Electric, Ground, and Flying. Ice will cause the battlefield to become extremely slippery, thus, making it hard for players to keep their footing. The Electric terrain will cause two conveyor belts to appear, moving the players to the outer edge of the battlefield if they stand on them. In the Ground terrain, a mountain of earth appears in the center of the stage. When the Flying terrain appears, all players will be able to float in the air much longer after jumping, as strong wind blows upwards. The electric field contains conveyer belts which drag items off the stage, and move players standing on them. Each different stage type contains some Pokémon in the background which are of the appropriate type. These Pokémon are:

Pokémon Stadium 2 also has a very minor role in the Subspace Emissary. After completing the Story mode, the player can go back to the Swamp stage, and enter a newly placed red door. By entering it, the player will face Jigglypuff; if beaten, it will become playable. If not, the player will be taken back to the Emissary map, and the level will end with the "Stage Clear" Screen. The door to the Jigglypuff battle will stay until Jigglypuff is unlocked. 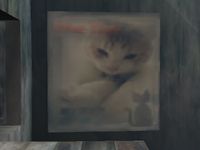 The poster in a close view