The Ceramics Studio in the Nintendo 3DS remake

The Ceramics Studio contains nine jars and vases, many of which contain treasure and one even contains a Red Ruby. There are four on the north and south walls. The jar near the center of the room is frozen and contains Ice Elemental Ghosts. Some crates and chairs are stacked behind the crafts. In the top right corner of the room is the chimney for the fireplace in the Study, blocked by wooden boards. 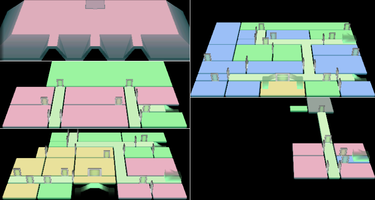