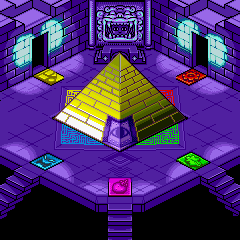 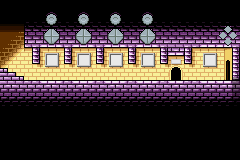 The Topaz Passage is a toy-themed Passage in the Game Boy Advance game Wario Land 4. It is one of six passages in the game, which takes place in a Pyramid that Wario must make his way through to defeat the Golden Diva and rescue Princess Shokora. All levels in the Topaz Passage are toy-related, such as toy blocks or dominoes. The boss is Aerodent, a mouse-like ghost on a giant inflatable teddy bear balloon throwing needle-like enemies and spitting fire that transforms Wario into Flaming Wario. The jewel pieces in this Passage appear as a Topaz, and the CDs are yellow. Other Passages in the game include Entry Passage, Emerald Passage, Ruby Passage, Sapphire Passage and the Golden Pyramid.

The following table displays the five levels found in the Topaz Passage, with their name, icon and description.

There are four CDs hidden in the Topaz Passage, one in each level. Once collected, the track can be played in the Sound Room.