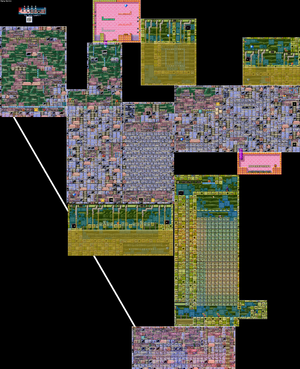 The Toxic Landfill is the second level in the Ruby Passage of the Game Boy Advance game Wario Land 4. As the name suggests, the level is filled with polluted water and massive tons of garbage, which take the form of blocks. There is also a large amount of Bow Balloons and Ringosukī. The arrows of the Bow Balloons will transform Wario into Puffy Wario, and the Apples that are thrown by Ringosukī will transform him into Fat Wario. Wario must make his way through large portions of garbage in this level. After activating the switch at the end of the level, Wario must swim through toxic water and leave the Toxic Landfill through the vortex he came from. This level's CD is called The Judge's Feet and once collected, it can be played in the Sound Room.

The time given to escape the level after hitting the switch varies between game modes.