This is a list of profiles and statistics for King Boo.

Website Bio: If you're not afraid of ghosts, you will be once King Boo is through with you. To unlock him, finish the Mirror Mode Star Cup with a 1st place win. 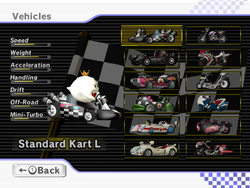 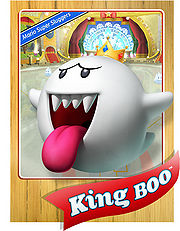 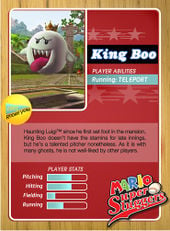 Ghost Major: A constellation resembling the king of timid ghosts. Despite his impressive size and cool crown, he doesn't like being looked at.