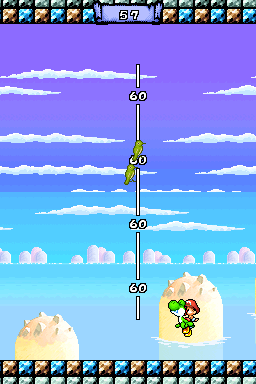 Players flutter to the left and are very high up, making it easier to recover if the player misses a flutter. The controls are pretty tough here, making it easy to miss a flutter, however.

In this mode, players fly to the right instead, where the ground is a bit higher up, leaving less room for mistakes. However, the distance between each marker is much shorter, canceling out the ground distance. The controls are smoother here, making it easier to fly seemingly straight across without missing a flutter.