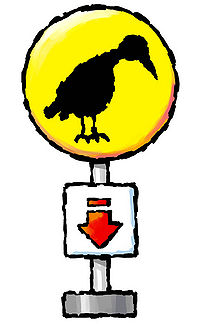 Artwork of a Stork Stop

Stork Stops are stop landmarks in the game Yoshi's Island DS. When a Yoshi steps on one, the stork will come and deliver another of the babies. Yoshi jumps up to the baby to switch. The baby the stork delivers changes simultaneously going from Baby Mario to Baby Peach, then Baby DK, Baby Wario, then Baby Bowser, and back to Baby Mario. The only time all 5 babies are available, though, is in World 5-8, otherwise the babies missing are skipped in the order. Baby Wario is only available in Worlds 3-5, 3-6, 3-7, 3-8, and 5-8, while Baby Bowser is only available in Worlds 4-5, 4-6, 4-7, 4-8, and 5-8.

Stork Stops do not appear initially until World 1-5, but upon replaying the first four levels, do appear in key spots (mostly to help get Baby Peach Coins). When Baby Donkey Kong and Baby Wario appear in their first levels (2-1 and 3-5 respectively), the storyline follows that Yoshi is separated from the other babies and the stork, and is forced to use only one baby, meaning any Stork Stops in the level do not appear until they are replayed again and Yoshi is reunited with the others. In Baby Bowser's first level (4-5), however, Yoshi does not get separated from the others, but still must complete the level with Baby Bowser only. In 2-1, only Baby Peach was separated from the others, but Yoshi cannot use Baby Mario until the level is cleared.