This article is about Light Blocks, Dark Tower, a level in New Super Mario Bros. U. For other uses, see Rock-Candy Mines-4.

Light Blocks, Dark Tower, or Rock-Candy Mines-4, is the fourth course of Rock-Candy Mines in New Super Mario Bros. U. It is unlocked via completion of Grinding-Stone Tower or Shifting-Floor Cave, and its own completion opens the path to a blue ! Switch, a spot where a Bubble Baby Yoshi resides, a green Toad House, and the level Walking Piranha Plants!. 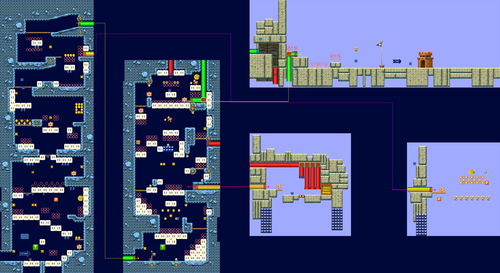