This article is about Flight of the Para-Beetles, a level in New Super Mario Bros. U. For other uses, see Soda Jungle-Para-Beetle.

Flight of the Para-Beetles, or Soda Jungle-

, is the secret course of Soda Jungle in New Super Mario Bros. U. It is unlocked via secret exit in Which-Way Labyrinth and its own completion skips Rock-Candy Mines and unlocks Land of Flying Blocks.

If the player lands on seven different Para-Beetles or Heavy Para-Beetles in a row without landing on anything else, they are granted a 1-Up Mushroom. 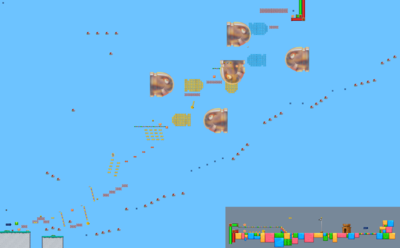