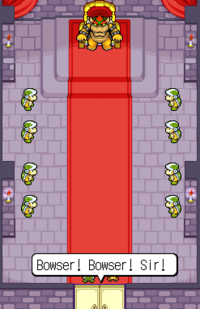 Bowser in his Villa. 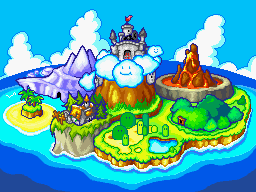 Bowser's Villa is the eighth and final area of Vibe Island in Super Princess Peach, which resembles his castles in most other games. Bowser built his Villa in order to claim Vibe Island as his own. It is where Mario is being held.

To enter the final stage of Bowser's Villa, Peach must find and rescue all of the Toads in previous stages. In the final stage, the Army Hammer Bro is fought first, then Bowser himself in his normal form, then again in his giant form. Once Bowser is defeated, Mario will be rescued and the game will be completed.