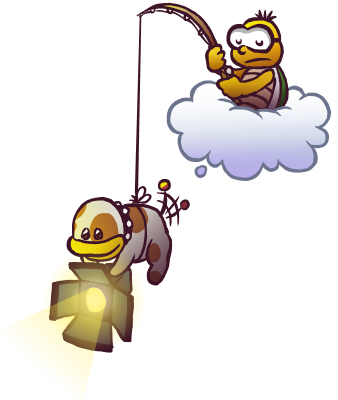 Hello 'Shroom readers! Welcome to this month's special edition of The 'Shroom Spotlight. What we do here is highlight several articles that aren't up to shape and then you guys go to fix them up.

May was a general success, whilst our rewrite-expand and image quality focuses weren't improved the other articles were thanks to you guys! Time Turner (talk) fixed the trivia tag on Super Mario RPG: Legend of the Seven Stars and the rewrite tag on Prince Peasley. Mr L.1998 (talk) and Icemario (talk) added images to Mystic Forest Plus and Lumastar (talk) created Little Sun Sun Island.

Now, onto a brief history of the Spotlight. The 'Shroom Spotlight was founded in Issue 50 (L) under Xzelion (talk), the original aim was to expand game articles only, however, both games highlighted Paper Mario: The Thousand Year Door and Super Mario Galaxy received no input. Marioguy1 (talk) briefly held the reins on in when it was reintroduced for Issue 64 to cover Super Mario 64, however again there was a lack of input.

Spotlight gathered dust until it was reintroduced to the paper again in Issue 73 (LXXIII) under the helm of YoshiKong (talk), whilst the first month received few responses, after he expanded the scope of the project by going for the wiki maintenance tags: more images, trivia, stubs, and rewrite at the time, the project started receiving more contributions. Ultimately, YoshiKong's term would come to and end as he retired from the wiki and thus the Spotlight, however he gave it to two young users to write: Yoshi876 (talk) and GBAToad (talk), they made their Spotlight debut in Issue Issue 82 (LXXXII). Together they introduced three new tags: rewrite-expand, image quality and wanted articles, expanding the project's scope from four articles to six. Early contributions were slow, but eventually they started picking up. However, their success was met with a sad occasion as after Issue 90 (XC), GBAToad left The 'Shroom and mostly retired from the community.

Yoshi876 was, however, able to pick up the pieces and continued giving out articles for people to improve and he also introduced the sectionstub tag. Unfortunately, though he grew bored as time went on, but come Issue 100 he had a brilliant idea and he rebooted something from the archives....

Hey everybody it's me, GBAToad! In honour of this milestone edition of The 'Shroom, Yoshi876 and I have decided to publish this Spotlight together for old time's sake. This month, we've decided to select a whopping 10 articles for you all to improve (since picking 100 focuses would be beyond ridiculous), and of that, we're shining the spotlight on five past focuses which didn't receive a lot of input the first time around. It's certainly a massive feat, so good luck to all of the editors reading this and without further ado, here are your special refocuses!

And now, onto our new focuses!

And that's all for this month! Ever since the Spotlight was introduced exactly fifty issues ago and later revived in 2013, we've received so many contributions from our hardworking editors, and we'd just like to thank all of you for your hard work as we conclude our special Issue 100 'Shroom Spotlight. Be sure to check out our forum thread and contact Yoshi876 with any suggestions or comments about the Spotlight. Thanks for stopping by The 'Shroom Spotlight, enjoy the rest of the special issue!