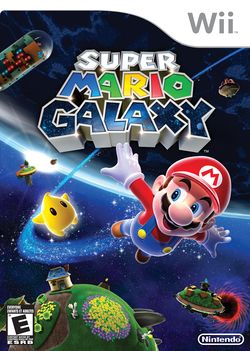 Creating stats bar for some reason...

Mario Smash Football, the first game in the series, was released on the Nintendo Gamecube. It featured basic rules of soccer, although having its own playing style as implied in several sport Mario games. One specialized rule was Super Strikes. Only the team captain could execute a Special Strike, and if done so perfectly, the shot would always make the goal, and be worth 2 points. There are a total of eight different playable team captains, four different sidekick players, and two different goalies. A sequel was released in 2007: Mario Strikers Charged Football.

Mario Strikers Charged Football, the second and most recent installment in the series, was released on the Wii in 2007. Wi-Fi capability was a new addition to the game, allowing players to compete across the world over the internet. The game featured four new team captains: Bowser, Bowser Jr., Diddy Kong, and Petey Piranha, as well as four new types of sidekicks (Boos, Dry Bones, Monty Moles, and Shy Guys). The game included new fields to compete, many of them containing certain gimmick that would modify the situation of every match. For this second mainstream, the characters would have special kicks to score, like sidekicks' skillshots or the powerful Mega Strikes of the captains, which Kritter proves his potential to stop the soccer balls, under the control of the user. Also, new power-ups has been added for each team captain, known as Super Abilities.

Just as in real soccer, in the Mario Football series, characters can use different kinds of moves that allow to the player to master any match.

In the Mario Football series, characters are classified in three ranks: The leader or Captain, Sidekicks and the Goalkeeper. Additionally, there are four (MSF) to five (MSCF) player classes that a character is in the pitch.

Captains are the leaders of the team who always hold the soccer ball when a match starts. Captains are unique because they have the most powerful special abilities that would change drastically any match if performed. In Mario Smash Football, they had the ability to make double goals using their Super Strikes. For the Wii game Mario Strikers Charged Football, they were capable to use Mega Strikes to make many goals in a row as well as using their Super Abilities against the opponents.

Sidekicks are the captain's helpers and make up the rest of the team. Unlike catains, sidekicks don't have many special moves, though in Mario Strikers Charged Football they are masters of special kicks called Skillshots. Using this ability, a sidekick is able to perform a powerful shot that can stun the goalkeeper for a time or pull off a reliable score once upon charged completely the soccer ball.

Goalkeepers will prevent that the opponent make goals in his team's field. In field, the goalkeeper is able to hit and knock opponent players going for the ball. In Mario Smash Football and Strikers Charged Football, Kritters take the role of the team's goalkeeper - as for the Super Team it is the Robo-Kritter. Although the goalkeeper is immune at any hit, he can remain momentarily stunned or dizzy by a powerful shot like a charged shot or a Super Strike.

In Strikers Charged Football, goalies learned a new move which allows them to stop incoming shots caused by the captains' Mega strikes. The player itself controls Kritter's hands to block every shot.

Stadiums are the courses where matches take place. In Smash Football, there were seven stadiums available, while in Strikers Charged Football counts with ten more, plus those seen in the first game. Here, the old stadiums are called "Classics" by being the first to appear in the series; and the newer known as "The Arenas". Many of these stadiums, unlike the classics, take place in harsh and intense environments loaded with gimmicks that can turn any match into a tricky game for the players.

File:SMSgiantspiny.jpg
A Giant Spiny Shell used in the field to knock a Toad down.

Just as in many Mario spin-off games such as the Mario Kart series or other Mario sports, in the Mario Football series, the players count with an arsenal of items or power-ups to crush, blow or freeze opponents in order to take away the ball from their feet. Items can only be obtained if the player shoots the ball to the opponent's goal. Additionally, a team receive an item if a member that doesn't have the ball is hit by the opponent. Normally, the team with less scores will receive more powerfull items that would help them to do a goal.