From the Super Mario Wiki, the Mario encyclopedia
(Redirected from User talk:SuperYoshiBros)
Jump to navigationJump to search

I elaborated on my oppose vote on this proposal, which I think you might want to comment on, especially regarding the last point.

Hi, just to let you know that I changed my most recent proposal, if you want to change your vote accordingly.

Toadette's point has already been debunked, though. Look at the comments. Additionally, citing the previous proposals doesn't work as well now that many sections that were formerly on Boss Bass's page have been decided through proposal to be on Cheep Chomp's page. Have you looked at the result of that? Doc von Schmeltwick (talk) 12:30, 5 December 2018 (EST)

As a courtesy, I just wanted to let you know that I went ahead and applied the change you proposed to the Bowser Jr. infobox, since it was fairly easy to make the change anyways.

Game & Watch games that got deleted[edit]

Hello, FanOfYoshi and I have turned most of the pages that are being deleted due to your proposal into redirects essentially deleting them, as it was a simple change to do. Doomhiker (talk)

In the trailer for the game, the New Super Mario Bros. U style is shown at about the 0:43 mark, and the game's title can be seen. --

Alright, I changed it to Fruit (Yoshi food). Happy?

The sourced name usually supersedes it, regardless if it came later, though this situation has unique circumstances. LinkTheLefty (talk) 22:20, March 27, 2019 (EDT)

Look at what we've done.

There exists now an .svg of Wario in this wiki. This means you can scale it to a resolution of 34,000 x 34,000 pixels and not lose quality. And you get to be the first user to have this image link to your page! How do you feel about this stupendous development on this wiki?

About the Captain Toad page[edit]

User's been blocked, thanks for letting me know.

About the Captain Toad page, would you like it to remain and you can work on it, or have it deleted and started over?

Since your Blue Toad proposal passed, shouldn't these be covered in Toad (species) in some capacity (as you said)? --

It seems that your reply to my comment on the Dr. Mario rename proposal has caused a lot of confusion, and some are using it as a reason to oppose, even though from what I understand you were referring to my comment about something entirely different. As such, it would be appreciated if you could come and share your thoughts on the actual proposal itself, whether it's a vote or otherwise. It would help clear up a lot of confusion. Thanks! -YFJ (talk · edits) 18:41, July 27, 2019 (EDT)

Random Fact Now That You Fixed An Error I Made[edit]

That Dr. Mario-Kun manga has a volume where Waluigi turns characters into babies.

Diddy Kong's death in the world of Light[edit]

Out of the many things we don't censor for sensitivity anyway, this is probably the least reasonable. It's unfortunate you had such an adverse reaction to that scene, but it's far from enough justification to compromise our own integrity. --

I noticed you claimed in your contribution on Super Paper Mario's page that Peach and Bowser have married several times prior to SPM's release. Please could you give me some examples, as I am not aware of any thus far? I also note one part of the trivia on SMO's page which mentions that Bowser has tried to forcibly marry Peach in media besides the games (none of which I have read/watched,) but that SPM and SMO are the only actual games in which this has happened. If they have married in any other games, I will change this.

Sorry, kind of rushing today. I didn't see the cancellation, thanks for that XD

Blocked users are still able to edit their talk page unless the admin disables it. Unless the user starts to misuse the talk page, it's fine.

Looks like you're reverting some image uploads that were darkened through pngoptim. thank you for doing that as i'm busy going through images for quality check Results May Vary (talk) 19:54, January 23, 2020 (EST)

They did look like frogs in their original sprites, though, so it existed beyond the "initial design idea/influence" phase. Doc von Schmeltwick (talk) 16:43, April 27, 2020 (EDT)

Ehn, Gen 1's spritework is a lot less "lousy across the board" than many give credit for (see the comments here, bottom to top), but I suppose all things considered, the 'saurs should indeed just be considered vague cartoon critters before any distinct basis (unless someone, probably LTL, finds some very obscure official source that specifically states something otherwise). Buuut that's a hypothetical. Doc von Schmeltwick (talk) 17:28, April 27, 2020 (EDT)

I reworded the proposal about renaming Chanterelle to Pop Diva, so it would be nice if you restructured your argument.

What i meant by there, is just that this one appeared prior to them being officially considered to be separate. --

Wario of the Day[edit]

You get an official Wario of the Day commemorating your recent promotion. 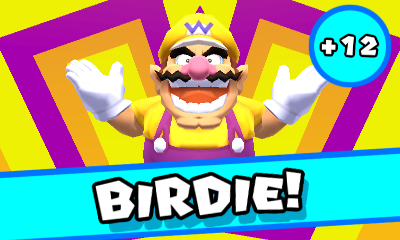 A Wario pop-up has appeared in your computer[edit]

BE WARNED!
WARIO HAS INFECTED YOUR COMPUTER.

If you want to stop the Wario infection and see your pet turtle again, please donate to crowdfarter.com so Wario can make his dream come true!

Thanks for the heads up! Looks like most of it is fine, aside from the thing about the underwater running, but I've already made the change to that. :) BBQ Turtle (talk) 15:56, November 26, 2020 (EST)

I actually agree about Smash shouldn't be listed[edit]

I agree that Smash shouldn't be listed, but I originally did not remove it because I brought that up before and people argued it should be listed (I also don't think the DIC cartoon should be listed personally for the reason that it's really weird interpretations and I don't think Miyamoto was involved in that, but I guess if they want it listed, that's fine) so I was afraid to remove Smash from that, but since you removed it instead of me removing it, hopefully it'll stay gone, heheh, as for the interpretations, I believe they do sort of say something about Mario's height, but they said they made New Donk realistic so they'll have an easy to understand scale for Mario and his abilities, pretty sure, which I thought I reflected on that, but the way you wrote it is better, heheh. --GoldyFish110 (talk) 16:47, November 28, 2020 (EST) 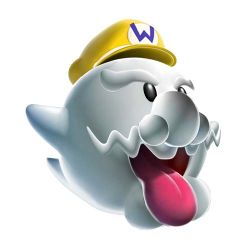 The circle was complete, and it split! Now it's spreading its pungent ectogas in multiple directions at once. We're helpless in the face of this rotten reality. Please, no more! -- KOOPA CON CARNE 20:05, November 29, 2020 (EST)

Would you say what is going on here is acceptable?

I'm very sorry for getting you confused (extreme in fact) on that PictoChat proposal, I need to do a better job next time 😥. Benjaminkirsc (talk) 17:20, December 6, 2020 (EST)

A Wario died for your troubles[edit] 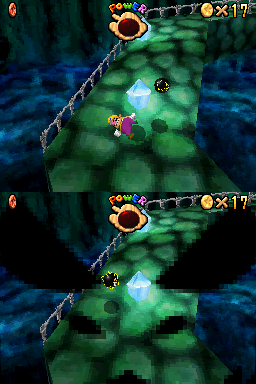 In regards to the Mario Takes America article[edit]

Seems fine by me. I think the prerequisite for such an article to be allowed is to be able to cover 8 appearances of the theme regardless of whether it reappears as an arranged rendition or not. Also, I've seen some people claim they hear cues from Koopa's Road in the GBA Bowser Castle track from various Mario Kart games. I don't personally hear any resemblance between the two though, so I think someone with musical knowledge should analyze them and see if there are any notable similarities. Nevermind, it appears the track in question is the Bowser boss battle theme from SM64, not Koopa's Road. -- KOOPA CON CARNE 12:51, February 1, 2021 (EST)

Are you ready to insert true information about fonts used in Mario games?[edit]

Do you know if this image is official or fanmade? It was uploaded by that same user and seems to be another crop to me.

Oh ok, I was not aware of that.

Why was that account blocked in the first place?

Block reasons are always displayed on the user's talk page. --

It looks like you're overdue for a free Wario![edit] 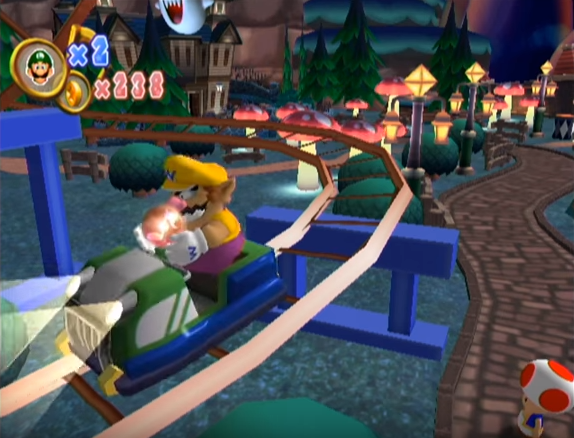 Who wouldn't want a Wario on a roller coaster? Especially without any visible safety features on him???? Looks like this is a

I'm not sure why you immediately reverted my edit removing info of a real person's birth date. They are not used in other articles. Can you please tell me why you did that? -

I was going to move that to the infobox, but then I noticed there is no birth year. Is that not known for that person?

I assume it's not known, otherwise it would've been put in the article. --

Do you have a Discord account? I'll tell you more on Discord. You can find me in Triforce Wiki or Crash/Spyro Wiki servers (see respective wikis for invite link). Results May Vary (talk) 17:06, March 12, 2021 (EST)

Yes, you are right that he is called Shy Guy (Ninja) and that it is possibly a normal Shy Guy, but in the German version he is called Ninja-Guy (Englisch version Ninja Guy) and is dedicated to this subspecies of the game "Yoshi's Crafted World".

But basically I don't care what it says there, just wanted to say it.