Find me here (SmashWiki) or here (WiKirby) as well. As you may or may not know, I'm AwesomeLuigi, a user on the Super Mario Wiki (although I liked it better when it was called Super Luigi Wiki in December). I look forward to work with you! --AwesomeLuigi (talk) 11:46, 28 June 2014 (EDT) 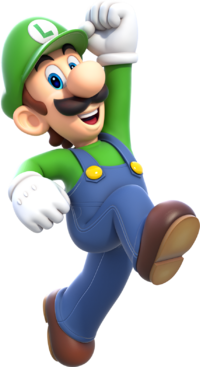 I can jump higher then my bro! 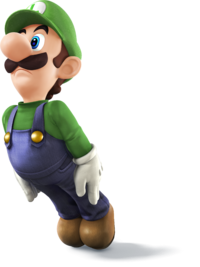 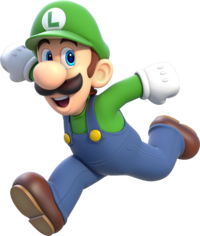 Hooray for running away! 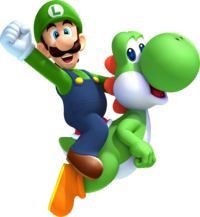 Me and my pal Yoshi!

It was a honour to throw a fireball at Mega Man! 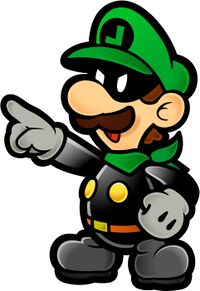 Me when I got brainwashed. 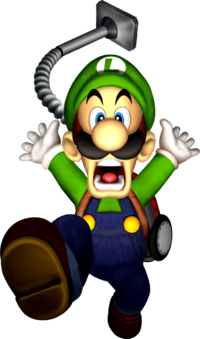 This happens a lot. 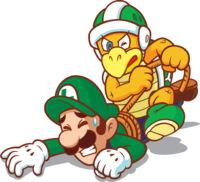 This is what happened when Bowser got the Vibe Scepter. 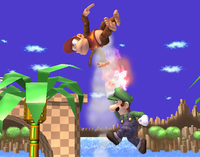 I felt sorry for Diddy on that day, but I managed to win the match . . . then lose my next match. 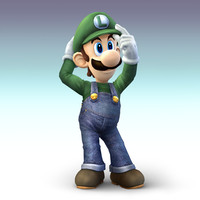 Waluigi, Tails, Silver , and I playing hockey in the Sochi Olympic Games. 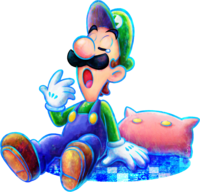 This is what happens when you forget your Super Mushrooms on Picture Day.

You won't believe how long it took everybody to cooperate with the photographer!

Nintendo Games I Have

Here I list all my owned games, and my comments on them, my progress and whether I have completed them or not. Maybe my comments about the game will help you see if you want to buy them or not. This section is under construction!

This game has amazing level design, great controls, and an awesome soundtrack. The story is amazing and the new Spin ability can really help you in a tight situation. If you don't have this game already (which would be really surprising), then buy it. I have not completed this game.

The sequel of Super Mario Galaxy added some cool things, including the Co-Star Luma, the World Map, and Starship Mario, but the storyline isn't as great and the Red Star and Ice Flower sadly don't return. I have not completed this game, but I just need to finish World S.

This game is my favourite game for these reasons. Ever wanted a pink puffball with an appetite, an electric mouse, an elf with too many weapons, and a Goomba-stomping plumber to fight in a epic showdown? Then this is your game! The game has an amazing story, a cool roster, and so much more! I have completed the story mode, but not everything else (still need to beat Multi-Man Brawl, Classic, All-Star, Target Smash, and Boss Battles with every character).

This game was okay. The Candy was an okay feature, and the boards were pretty cool, but the gameplay wasn't great and it had a horrible solo mode (Star Battle Arena). But the worst thing about this game? This guy. Yeah. This guy's a lunatic. I don't know why, but I hate him. I have not completed this game, and I probably never will.

One of the best Mario games (in my opinion). Flip. Pixls. And that amazing storyline! This game has just the right amount difficulty. It provides a bit of a challenge, but can be really easy if you know your stuff. Plus, the Duel of 100, the Flipside Pit of 100 Trials, the Flopside Pit of 100 Trials, and these things. Yeah. You can't not like this game. I have completed this game (except for the Maps/Catch Cards.

Nintendo (also some SEGA and Ubisoft in there) Games I Played

This section of my user page is still under construction, and will be completed whenever I feel like it.

This section of my user page is still under construction, and will be completed as soon as possible.