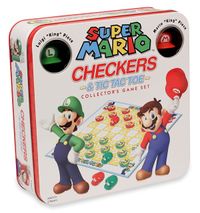 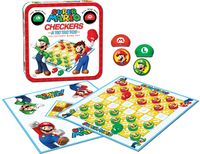 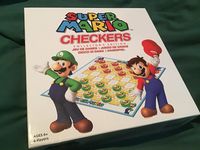 Super Mario Checkers & Tic Tac Toe has one board game resembling classic Checkers/Draughts and Tic-Tac-Toe, but with Mario elements included. It pits Mario against Luigi, with their king pieces being their caps and their regular pieces having pictures of their faces on them. The tiled board has ? Blocks as a pattern. The rules for the game are the same as classic checkers.

Included with this set is another board for Tic-Tac-Toe, which can be played with the tokens from the checkers set.