From the Super Mario Wiki, the Mario encyclopedia
Jump to navigationJump to search
Status: I really am not on here that often these days. I apologize if my page falls into disrepair. :)

<-Thanks to VideoBoo for this guy!

<-Thanks to KoopaYoshi for this guy too!

<-Thanks to MBU for this one!

I'm Bowser's Luma! My favorite games are Mario Kart Wii, New Super Mario Bros., and Mario Super Sluggers. I'm into the new Mario games and I don't know much about old ones. I'm sure I can help the wiki with new game articles.

I am proud to say that CoD stands for Character of the Day and RPG is Role-playing Game.

Things I Can Say Truthfully That Nobody Else Here Can

Here's a list of the Nintendo games I own, and the Mario games I have played but don't own.

Played But Don't Own

Non-Mario Nintendo Games I Own

I made a few of the userboxes at the top of my tower. You can copy them for yourself using View Source at the top of the page. If you do, please leave a comment on my chat page if I haven't talked to you before. I'd like to get to know you if you appreciate my "work" that is really copying, pasting, and editing other boxes. Also, please don't copy my friend userbox. I will give it to you if Bowser thinks you are worthy. :) This is my userbox: |-

{{userbox|border=red|codebkgd=white|code=[[File:bowserslumapi.jpg|50px]]|msg=This user is a friend of Bowser's luma.}}

These are my friends. If you want to be my friend, talk to me on my page! This is mostly here so I can get to their pages easier, but feel free to check it out!

Well, you're here already, but if you want to find me elsewhere (and aren't stalking me) here's where I can be found:

Or just shoot me an email with your username in the subject: [2]

Here is my the ever-changing line of craziness I call my signature:

And here is a link to it so I can find it!

Here is the section of my page where I take people's sigs, and copy them to make them mine! Don't worry, I will never actually use them outside of here. Remember, I only copy sigs that I like. If you see yours copied, and want it removed, just tell me. Alright, here we go:

First to be snagged, Edo! I've always liked his sig!

The one, the only, Reversinator was snagged second!

The one, the only, Bowser's luma!

Third to be snagged was 'Shroom Director Stooby!

Seventh, Bulbapedia user (and one on this wiki too), Lilkaykaygal!

Eight, the kid who sent me an Electivire and a Magmortar, MBU:

I AM BOWSER'S LUMA!

Nine, a request that brought me out of retirement to temporarily snag again:

Hello. My name is Bowser's luma.

It Is Me Who Is Knocked Off

Dry dry bones made this. The snagger got snagged.

I am serious about my Sluggers, and like to dominate my opponents. So, I made an A-team and a B-team of the best combos I could find myself. Here they are.

If I play against someone else and they take a player I'm gonna use for their team, here are some backup prospects I might use:

Here are some videos worthy of the high honor of being on my userpage ;)

This is the best Japanese pudding commercial known to man:

And this is King Boo defining why Boos are awesome:

This just proves that sneezes speak louder than words.

How to Break a Monster Truck

I like monster trucks (who doesn't - they are big and crush stuff), but this video of the truck Bad News Travels Fast is insane. Mario should drive a monster truck one of these days.

I had never seen this until Dry Dry Bones posted it on his page. Another worthy video!

Here's one Luma's attempt at songwriting: the second verse to the Mario Plumber Song. Please tell me what you think. Even if you think it is Pianta poo.

Some Koopa once said

'Cause I don't have a flower or mushroom

I was feeling down and out

Until Toadsworth came to town

With a big shiny key in his right hand

He said, "Hey there man, look in my hand,

This key will take you to a new land

You don't have to fight Bowser Jr.

Skip this world and save Peach sooner

Bowser Jr. will fall in defeat

Take a Mushroom and fight

We can fight Bowser all night

Hey now, you're a plumber, get your plunger, go plunge!

Hey now, you're a rocker, get your guitar, go plunge!

Only super stars get the gold

Mushroom heavy metal. View it, love it, fear it.

This is just great.

Here are some things I purchased from various users' stores. Don't touch. If you want something, BUY IT YOURSELF! 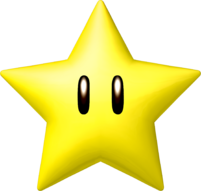 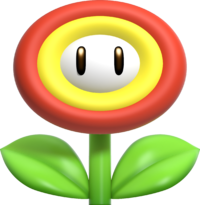 He is an aggressive animal that needs to be calmed down at times. It has a huge temper and it can destroy anything in its path.