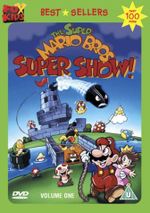 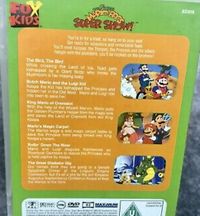 Front and back cover 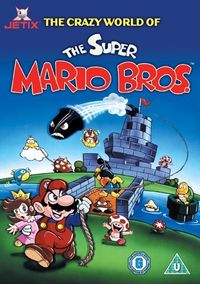 The DVD contains the following episodes:

The cover was a normal generic cover used by all of the releases in the Fox Kids Best Sellers line, featuring an image of the show in the middle of a colored border (for this release, the border was Lime Green). The DVD, like with all other of the Wave 1 releases also features a promo for Fox Kids UK's 2004 lineup. One version of this DVD has the Jetix logo on the cover replacing the Fox Kids logo.

Both Volume One and Volume Two were re-released in 2005 into a compilation DVD called The Super Mario Bros. Super Show! - Mega Disc.

The DVD was re-released on June 4, 2007 as The Crazy World of The Super Mario Bros. Only the product number, disk art and cover art changed, the episodes remain the same as the previous release.