From the Super Mario Wiki, the Mario encyclopedia
< The 'Shroom:Issue 134
Jump to navigationJump to search 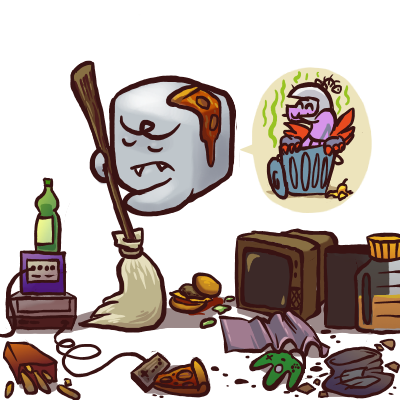 Hello, 'Shroom readers! Like with Fake News, here I am, claiming temporary dominion over Strategy Wing... not that there's much Strategy Wing this month, unfortunately. I don't have much to say, other than remember this goes back to Meta Knight next month. Someday you'll stop seeing me every month in a team's notes, I promise.

Congratulations to Yoshi876 (talk) for winning this month!

GPM1000 may inform you of all the Mario titles this month!!
[read more]
Yoshi876 lights up our lives with these Pokedex entries!!
[read more] 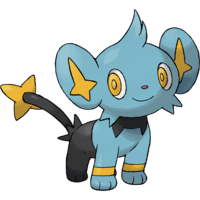 It's a Flash Pokémon, thankfully it's not a flasher one, otherwise we'd be in for a totally different Pokémon.

Hello everyone, it's me, Yoshi876 again with a new edition of Pokédex Power, the section written by the person who was recently training a Pokémon that had the ability Hustle. Now Hustle is quite possibly one of the worst Pokémon abilities out there, the only worse one I can think of is Truant, but as I haven't gotten to Generation VII yet there might be a worse one than these.

But we're not going to be looking at a Pokémon that has the ability Hustle, thankfully, instead we're. looking at one that has much better abilities, although Generation VII seems to have slightly lowered the usefulness of Rivalry. But anyway, it's Shinx, a cute little electric creature… I want to say a fox, but I'm not certain. I think Shinx is absolutely adorable, and I think that it's a travesty that none of the main characters caught one during the Gen IV anime. Obviously Pikachu negates the need for another Electric-type on Ash's team, and Dawn had Pachirisu, but come on Brock, it's not like you even train mostly Rock-types anymore anyway.

We learn a decent amount about Shinx from this Pokédex entries, especially about how it generates electricity, a common theme with other Electric-type Pokémon. And the way that they generate electricity ties in with its design, the little rings above its feet could be part of the generation system. I also like how the Pokédex entries have tied in with its typing, that of it being a Flash Pokémon. The entries mention how its fur dazzles, before unleashing a blinding blast, or as it might otherwise me called: Flash. But other than this, there isn't anything else to mention, which is a shame because the existing entries were stellar.

So long as you've seen the Platinum Pokédex entry, you've seen all of the existing entries for Generation V.

Like on many other occasions, Generation VI doesn't offer any new insights into Shinx.

Conclusion We might as well have only looked at Shinx for Generation IV, considering that this is the only time that it actually got new Pokédex entries. The facts that Generation IV present are interesting enough, but where the future generations fail to expand on anything, Shinx itself is still pretty much a blank slate of a Pokémon in this regard. It would be nice to know whether they live in packs, or whether like other Stage 1 Electric-type Pokémon, they struggle to control their electricity in their youthfulness. All in all, a good set of entries for its introduction, but other than that, there's nothing else to add.