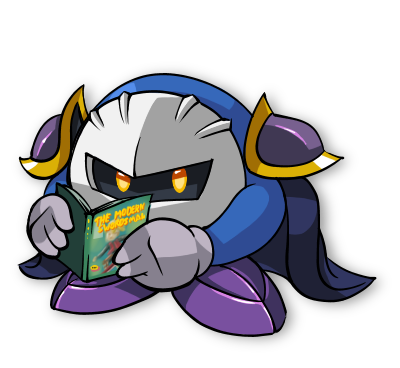 Welcome to the first edition of Strategy Wing in the year 2018! There's not much news to announce, but I hope that this year will bring plenty of new writers! If you have any gaming knowledge or trivia you'd like to write about, send LudwigVon (talk) an application based on the guidelines in the sign up page! In other news, YoshiFlutterJump (talk) has decided to switch his schedule from volunteer-based to full-time, so you can expect a section from him every month. There's not much else to announce, so please enjoy this issue!

Congratulations to me for winning Section of the Month with my guest submission! Thanks to everyone for voting, and thanks to everyone else that submitted a section as well, your work is very much appreciated!

Warning – This page contains minor spoilers. If you are offended by such materials, turn back now while you still can.

Wait, you want me to stop? It’s just that my November section won the Strategy Wing SOTM, and that I think We Are Number One is an awesome song. Anyway, welcome to YFJ’s Tips and Tricks! In this section I give you tips on beating tough Mario levels, as well as some tricks to help improve your game. This month’s focus is Bowser's Castle Hangout (World 1-4) from Super Mario Run.

First, you must unlock the course. After completing Paratroopas in Mushroom Valley (World 1-3), you will be allowed to play 20 seconds of the level for free, or pay ten dollars for the full 90 seconds as well as the other worlds. If you have a Nintendo Account, you can redeem Toad for free and get more out of the trial, as Toad runs faster. As of version 2.0.0, Bowser will confront you and give you three Bowser Challenges. You must do one of the following:

For this section, because there are so many collectibles, all images except one will be in a gallery at the bottom of the section. I'll walk you through the level with no Color Coins first, then I'll show the location of each one and how to get it. Okay, that's enough talking. Let's start playing!

The level begins with some Backflip Blocks. You can use them to grab a Super Mushroom, or you can walk right over them. Your character will automatically vault over the upcoming Dry Bones, so there's nothing to worry about there. Jump over the lava pit (or hang onto the blocks above). After that, you'll see a fork in the road. Except for Color Coins, it doesn't matter which path you take, but by default you'll take the bottom one. With that path, cling to the blocks above, drop down midway, and hop back up again to get Coins. Take a little rest on the Pause Block, then continue onward. If danger isn't your thing, stay on the Pause Block, press the Pause Button, and then press "quit"; if you want to continue, press "I'm not afraid!" Wait, is that a real button? Anyway, as soon as you release yourself from the Pause Block, run past the Lava Bubbles blocking your way. Don't try to seek safe ground; there is no escape (oh, hello, Darth Vader!). There are Coins on the platform above. Use the Backflip Blocks up ahead to climb the ceiling above. Drop down near the end to get a few Coins. Allow your character to vault over the Dry Bones, then use the Backflip Blocks and wall jump to get more coins. Pass under two Brick Blocks to engage with the boss. 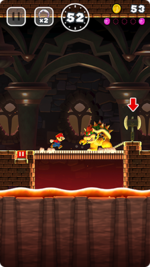 Will he ever get rid of that axe?

Bowser isn't a hard boss, and you beat him the classic way: by tipping the axe. To get there, either jump over him at the right time, or dash under him during his Flutter Jump (Toad would be a good character for this). You're on a Pause Block, but don't take too long; he could breathe fire at you at any moment. Once you tip the axe, you'll find that Bowser is actually a Goomba. The real Bowser takes off with Peach just as you enter. Oh well...

Well, folks, that’s it for this month. Stay tuned for my next section, post your thoughts on this forum thread, and vote for me so I can be number one! Adios, amigos!

Heyo, hope you all had a good holiday (and got tons of Mario games)! Welcome back to another month of Mario Calendar! If you don't know what that is, it's where I list every Mario game that ever released during the month of publication. So, let's jump right in! 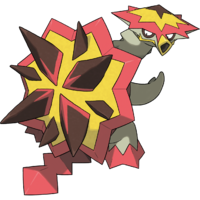 It's a Blast Turtle Pokémon. I like this typing, gets straight to point with it.

Hello everyone, it's me, Yoshi876 again with a new edition of Pokédex Power, the section written by the person who after last month's mammoth section decided to go with a small one this time. Well, that and the fact that the schedule called for this month to be a Generation VII Pokémon, so it's not like I'd have a lot to write about this month anyhow.

This time we're going to be looking at Turtonator, the Fire / Dragon Pokémon that's well known for exploding, I think. If I'm completely honest, I still haven't gotten around to enjoying the latest generation of Pokémon goodness. But, even if I had, as I have Moon, it's not like I'd be able to use Turtonator anyhow. I think the one I get instead is Drampa, and to be completely honest, Drampa intrigues me more, especially with its Chinese dragon inspiration.

Turtonator is introduced pretty well. We already know its most notable thing, its explosive shell, and why it is explosive as well. We also know the sorts of things that it eats, and from that we can assume that is why its dung is explosive, and why it is able to exhale poisonous gases from its nostrils. We also get a fun little fact about its avoidance of moisture, and what it does when it encounters it. To be fair, there's not a lot else we actually need.

Even though we only have one generation's worth of Pokédex entries to look at, they're amazing. It covers all of the basic things that we actually need to know about the Pokémon, which is a lot more than what other entries have given us. However, that's not to say that they're entirely perfect.

The Pokédex could give us a better understanding of why Turtonator is a Dragon-type Pokémon, because if you just read the entries normally with no knowledge of typing you'd probably assume that it was a Fire-type, maybe a dual typing with Rock. It might also be interesting to know how dangerous this Pokémon is. Yes, we know it's explosive, but is it protective of its territory, how does it cope with interacting with humans or other Pokémon? So pretty good, but not perfect.

And as it's been a short section this month, I thought I'd give a little insight into what you can expect in the coming year for this section. There will probably be no major changes, but over the course of the year we'll look at our first legendary Pokémon, and we'll also be looking at our first Dark, Fighting, Psychic and Electric-type Pokémon. So, I hope you enjoy this year. See you next month!