Hello, and welcome to my talk page! Feel free to leave a comment! ;)

Hello and nice job with the userpage. You picked up on the Userbox thing faster than i did. And by the way The Mighty Pokey seeks his revenge Betamaster64 17:53, 29 September 2011 (EDT)--Betamaster64

Thanks to you too! You can visit my page too, dude! I read your "A little about me" in your userpage snd I'm like you! I create fangames and don't like to show them too (what a coincidence)! Mechanical Dirge (Talk • Cont) 16:09, 3 October 2011 (EDT)

Some things I want is the return of the Kremlings and the cave song of Super Mario World. These are only two that I wish. Maybe they return in SM3DL and a new DK game.

Yes. And here's my userbox.

Your a big fan of Yoshi, like I am too. Do you want to be friends.--

Alright when I next come to editing it as for, this. |-

Of course I will be your friend! Lemmy Koopa617 (talk)

Ok we can be friends here's my userbox

ok. you can go ahead and grab my user box!

Hey there. Yes you can be apart of the fan club. And again, yes we can be friends. Here are the userboxes. |-

Hey again. I was reading your user page and I saw this: "...Someday, i'll find someone who is OBSESSED with Yoshi, just like me..." Look no further. I too love Yoshi to the fullest extent. He is the greatest Mario character ever and if it weren't for him, Mario wouldn't be around...or Luigi.

White. I know, not the most colorful, but it is my favorite.

Join the Yoshi Fan Club! You get a userbox! |-

Okey dokey. I believe I saw you on the forums once, if I'm not mistaken. Mah userbox is on mah userpage.

Your asked me to be friends. Sure!

Hey, what's up? do you play Mario Kart Wii WFC? if you do whats your mario kart code? Mario7727 (talk)

Hi. Do you want to be in my story? PikaSamus (talk)

What do you want to be? PikaSamus (talk)

It says a security warning that says it could harm my computer. PikaSamus (talk)

You don't have to eliminate your userspace editing entirely, just try to focus more on the actual contributing to the wiki. Feel free to chat as much as you like on the forums or chat. If you need to, check the edit count of several of the sysops to see a good ratio of mainspace to userspace contributing. Bop1996 (Talk)

Include me in the fangame[edit]

and can this be my sprite?

I had a nice time chatting with you. I'll go back later. PikaSamus (talk)

;)
The preceding unsigned comment was added by Ultra Fuzzy (talk).

I joined the forums. PikaSamus (talk)

I will do it tomorrow.--

too lazy to re, so we can be friends[edit]

Get my userbox from Vincent/PTM, and what do you want your part to be?

Pinkie_Pie does not want to be in your FanGame[ N64Dude

I wanna be a Hero![edit]

Click on my links to Biosector01 for more info on my abilities. I have a themesong, too! It's called Hero, and it's on my page, too! Wow I use "too" too much... ! *goes crazy because he said the word "too" yet again*

Okay, I think I fixed my links. See if they work, alright? If they don't work, then either the site's down when you clicked it, the internet hates us, or we're just crazy... or a combination of the three.

Here's a picture of me for the adventures 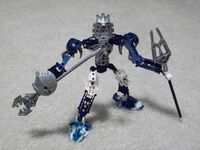 Okay, my elemental power is Sonics (sound). By using my powers I can sonic booms and sound waves and such. I have six masks of power (called Kanohi) and I can share their power with any of whom around me I so choose. However, I can only use one Kanohi at a time. My masks are: Matatu, Mask of Telekinesis (hopefully you know what telekinesis is); Rau, Mask of Translation (which allows me to speak/read and understand any language, including animals, so I can translate Yoshis); Komau, Mask of Mind Control (doesn't work on strong minds); Volitak, Mask of stealth (keeps me from being seen or heard, unless they can sense changes in air/water currents); Suletu, Mask of Telepathy (hopefully you know what this is, too); and Arthron, Mask of Sonar (Makes me hard to sneak up on).

Yes, I made a Yellow Yoshi but I made it about 2 months ago. Also OK!

Thanks for defending me in chat. Mario & Luigi

You have 5 personal images. The allotted amout is 4. Sorry about this. Mario & Luigi

OK. It should be deleted soon. I cannot delete it though. Only Sysops can. Mario & Luigi

Okay, so what part of the story do you want me to put you in? For example, Vincent is in the Super Paper Mario part, and it is currently the Luigi's Mansion part. I could put you in the Yoshi's Island part, or the Paper Mario 2 part, stuff like that. Me, well I haven't decided what part I'm in, maybe Sunshine?

Come Back on chat i wont banned you then]N64dude

Hey! I opened an shop. All of my friend get this:

See my page for details! Have fun with shopping! ~ Qyzxf (talk)

By the way, whrite down somewhere how much coins you have! ~ Qyzxf (talk)

Could you help on how to my toad image?

Could you help me with my UserPage?? Yoshi =D

I'll PM you on the forum the story of why I did it. PikaSamus (talk)

Hehe Its nice to meet you! here's my userbox ;D |-

Sorry to keep you waiting, my friend. Here's my userbox: :)

Sorry. I'm banned from #mwchat. I will be unbanned in 2 days, however. Don't excpect me to be there by then, however, as I am going to use Super Mario 3D Land and The Legend of Zelda: Skyward Sword as drugs the day my ban expires. I'm on Pinkie's chat, though. I'm also on #channel, #amchat and #n64dudefules.

Wut do u mean when you said I hope not?

My userbox is on my userpage. Take it. We will be good friends!

Thanks for the friend request! Aren't Yoshis and Kongs the best!! For my userbox, just input this code...

Do you have a userbox?

I have a Yoshi Wiki here! PikaSamus (talk)

Well im pretty new... so How do I get to the talk page of Yoshi Obsesseds? And great videos =]

no habla espanol. Can you understand me?