Hi there! This is my funky talk-page!

Before you say anything here, please note that I do not see the point in friendboxes, so please refrain from posting yours here. Besides, if you are my friend, chances are that I am using either the chat or the forums to catch up with you.

Are You part of nintendo?

Hey, RandomYoshi! If you want 100 coins to buy at my shop, you have to be my friend. Oh, and also I JUST WANT TO BE FRIENDS! Here!

MushroomMan3I need to get the border to stop doing that and get rid of the (fixed)!

I want to become random friends with you too!

The continuous border and the dumb (also fixed)

Uh, hello? RY? Been long since I requested. Still have you on my userpage under Requested friends!!!

MushroomMan3COME ON! IT'S THE END OF JULY! 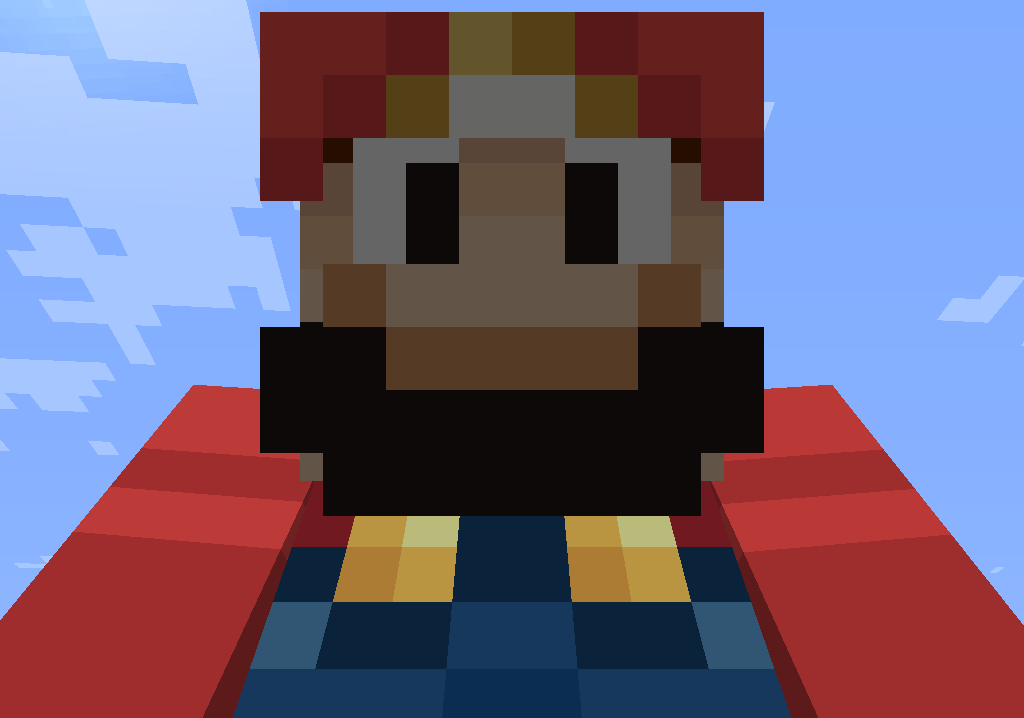 My User Name Is: WarioFani

Hey can i be your friend? Spenzer66 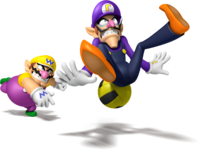 A dodgeball throw in the butt!

I was permanently banned from #mwchat by Anton{Hypnotoad}. I wish to apologize and I request an unban.

please go to the Venus Ice Trap discussion page, i have something to say.

Greeting RandomYoshi. Due to the quality and frequency of your contributions, the Mariowiki staff has agreed to promote you to Autopatrolled status. Note that this does not carry any additional powers or responsibilities, and that it mostly serves to make patrolling edits easier on our end. --Glowsquid (talk) 07:58, 10 January 2013 (EST)

This is a random title[edit]

I'll be your random friend IF you beat me in a paper Mario style battle on my discussion page- RPG Gamer!!

The admins have decided to repurpose the autopatrolled rank to be for honouring and keeping track of former admins only, as its original purpose as a tool for streamlining patrolling duties for the admins has not worked out as we had hoped. The fact that your edits will no longer be automatically patrolled in no way reflects your trustworthiness, nor does it diminish your own contributions to the wiki. We hope you understand. Keep up the great work! - Walkazo 19:53, 11 December 2013 (EST)

First of all, I'm really sorry about accidentally editing your userpage instead of your talk page. I must've hit the wrong link by mistake, and then there was still a "+" tab at the top, so it still looked like a talk page and I just hit the "+" asap without looking at the actual content at all because my computer was taking issue with loading it (which happens on talk pages too), and after that I never looked at the url. I am completely mortified >_>

ANYWAY, the reason why I so rudely edited your userpage, is that I finally made that [edit] button you proposed. After trying on-and-off for months to figure out how to make the [edit] button automated like on Wikipedia, I have found that it cannot, in fact, be done. I still had hopes of getting the link-inputting to at least run itself so that we'd only need to put {{Edit}} on every template, or perhaps {{Edit|PAGENAME}}, but substitution's a pain in the rear, and in light of another user's recent attempt to make a VTE template, I decided to just give up on that as too much trouble for what it's worth, and just make what I did manage to code into Template:Edit (having already made the necessary adjustments to MediaWiki:Common.css earlier this month). It can now be implemented en-mass to all the nav templates. Dunno if you're still interested in doing that, but since it was your idea originally, I thought I should let you know either-way. I do want to be part of the adding, however: I spent a lot of time on research and coding, and would like to get to partake in the fun rollout half too. The sooner we start, the better. - Walkazo 18:08, 26 October 2015 (EDT)

Nah, it's your userpage, so if you want the "+", definitely keep it: this was just a freak accident, and no non-admin could redo the mistake anyway, so odds are, it won't happen again. Glad you like the [edit] template! I'm free the rest of this afternoon and tomorrow afternoon, so if you're free, any time the next couple days will work for me: just let me know when you're ready. Once we start, we should try to finish in one go, however: otherwise, there will be glaring inconsistencies in the meantime (especially evident in template blocks on big pages) - plus, if we stop or take it too leisurely, other users might just swoop in and snipe the rest of them (I've seen multiple proposals sniped recently - one even got hijacked twice, after the first attempt was reverted for being done wrong). The easiest way to split the load is just going through Category:Navigation templates systematically - you start with A and go down, I start with Y and go up, and we meet in the middle somewhere depending on our respective speeds. Sounds good? - Walkazo 17:35, 27 October 2015 (EDT)

There's a vandal running amok. Could you block them, please? I'd also appreciate it if you could hide the edits they made on my talk page. Hello, I'm Time Turner.

There's another one spreading vulgar comments. If you'd be so kind? Hello, I'm Time Turner.

Sorry to bother you again, but there's another one (also editing through IP), and you happen to be the first mod I see. Hello, I'm Time Turner.

I think he's not British. You're Serbian, right? (Svenska) CSR

Oops, my bad. Sorry for confusing your nationality, RandomYoshi! I saw "svenska" in his userbox, though. Yeah, I just searched for that. :P CSR

It's all fine. Don't sweat it.

Can you keep an eye on that user?[edit]

User "KevinSquidy12" keeps adding worthless edits. I assume that he is another sock of multiple "Squidy"s. Can you keep an eye on that user, please? CSR

I noticed you are uploading Super Mario Galaxy images. I have been doing that too! Can I ask you a favor? Can you please use the PNG format? It's a superior format to JPEG and Mario Wiki users seem to prefer it over JPEG wherever possible. I have been using Dolphin Emulator to generate high quality PNG replacements for the existing images here that are in desperate need of a higher quality image. The way MediaWiki works, I can't simply upload my PNGs over JPEGs. It makes uploading new files much easier if PNG were used. I hope you understand. --Wildgoosespeeder (talk) 19:14, 22 December 2015 (EST)

Saving JPEG to PNG on a fundamental level is not recommended because you are converting from a lossy compression format (JPEG) to a lossless compression format (PNG), but for Mario Wiki, it makes uploading new versions of files much easier. There do exist batch image converters. Try FastStone Image Viewer. Navigate to the folder containing non-PNGs and go to Tools > Open Batch Convert. It's freeware for home users. Also, I learned about PNG Monster, which is a tool that can batch max compress PNG files. Hope this helps reduce tedium. ;) --Wildgoosespeeder (talk) 19:36, 22 December 2015 (EST)

You are very welcome. I forgot to mention to make sure that the output is a 24-bit PNG. I'm pretty sure that is the default setting but I'll mention it here just to be on the safe side because if you set it to anything else, color loss occurs. --Wildgoosespeeder (talk) 00:10, 23 December 2015 (EST)

Re: Tagging Articles as Stubs[edit]

What was the purpose of that comment? It had no reason to exist. Niiue (talk) made a comment about this and the necessary information got out, you had no business making your own comment on top of that.

Thanks for the action, but I believe it was his...um...refusal to not learn the aboutfile template that got him into this rather than the bad images themselves, unless you count that fuzzy and lakitu image he uploaded.

Hey, RandomYoshi, sorry for not getting back to you about the level articles for Puzzle & Dragons: Super Mario Bros. Edition. Yeah, I changed the tenses on the most current pages (starting from World 5-Ghost House) after you told me, but I'll admit that some of the wording may seem "off" grammatically, too -- I don't know. Any help with any of those pages at all is always appreciated. --Zootalo (talk) 20:25, 27 January 2016 (EST)

Hello. I noticed your proposal to remove {{conjectural}} from headers passed almost five months back, but no action has been taken yet. Was this done for a reason or did no one just get around to doing so yet? Additionally, I read some of the comments on the proposal about stating that subjects are conjectural without the use of the template and I was thinking that maybe something could be added to MarioWiki:Glitches stating that all glitch names are conjectural? For other subjects besides glitches where confusion could be caused without the use of the header, something could be added to MarioWiki:Conjecture about the same. --driftmaster130 (Talk • Edits) 12:04, 29 May 2016 (EDT)