I grew up with the Nintendo 64 when I was a kid. I got it when I 6 and played it every weekend. My favourite games for the N64 was Super Mario 64 and Mario Kart 64. Mario has been in my life since I was 6 and is still in my life till this day. Every time a new Mario game comes out, I play it and possibly 100% it.

Like I said, the N64 was my first ever console. The first game I had with it was Super Mario 64. SM64 was an amazing game. The moment I got it, I used to play it every weekend. And a few months later, I eventually 100% it.

After Super Mario 64, I got Mario Kart 64. Mario Kart 64 was awesome. When I got it, I used to play it every single day with my brother. My favourite character to use was Yoshi, Toad and Luigi. My favourite tracks was Yoshi Valley, Bowser's Castle, Wario Stadium and Rainbow Road.

The GBA was the first handheld I got. The first game I got with it was Mario Kart: Super Circuit. In this game, my favourite characters were Yoshi and Toad. My favourite tracks in this game were, Ribbon Road, Cheese Land and Rainbow Road. I also got a bunch of Mario remake games, but I don't remember those too well. 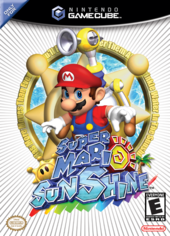 The GameCube was one of my favourite consoles to date. The first game I got was Luigi's Mansion and I absolutely loved that game! I remember every weekend I played it, trying to 100% it, but the last few levels were so hard. Damn it, King Boo!

The next game I got was Super Mario Sunshine, and in my opinion, it was way better than Super Mario 64 (let the hate come). Me and my cousin would take turns playing, swapping after each level. We even 100% it, even though the blue coins were annoying. The story was so good aswell. I mean it was the debut of Bowser Jr., one of my favourite characters to date! After beating it once, with my cousin, I beat it several time on my own. I remember just 5 years ago, I was playing it! That's how good it was!

After Super Mario Sunshine, I begged for Mario Kart: Double Dash!! and on my 14th birthday, my parents bought it for me. It was amazing. Two people could ride on one kart! My favoutire characters used to be Toad, Toadette, Yoshi and Koopa Troopa! My favourite tracks used to be Waluigi Stadium, Baby Park, Wario Colosseum, Mushroom City and Rainbow Road! Me and my cousin used to play it every weekend, having as much fun as we could have! 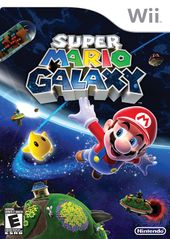 The DS was arguabally one of my favourite handheld consoles to date. I remember almost every single thing about it. The first game I got was Mario Kart DS and I loved it. Me and my cousins would have fun racing, battling, doing Grand Prix and playing Mission Mode. It was so much fun. My favourite characters were Toad, Yoshi, Dry Bones and R.O.B. My favourite nitro tracks were, Waluigi Pinball, Delfino Square, Tick-Tock Clock, Airship Fortress, Wario Stadium and Rainbow Road, Yoshi Circuit and Baby Park. Mario Kart DS was a beautiful!

My next game was New Super Mario Bros. and it was amazing. I remember me and my cousin playing this game, collecting every single Star Coin and playing every single level. This game was just a beast! Me and my cousin found it very difficult in the last couple of levels as it got harder and harder. This game was amazing. I also got Mario & Luigi: Partners in Time and Bowser's Inside Story. Those games were a blast. 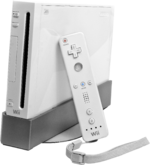 Ah, the Nintendo Wii! My most favourite console to date. A lot of people like the Nintendo 64 or the GameCube more than this, but I disagree. This was the console that got me into gaming more than ever! It had some of my favourite games and some of my favourite memoeries. Heck, I even liked the Wii Sports and Wii FIt games for this console. They turned family friendly into a whole new other level. It was amazing!

The next game I got, changed my life. Yes, I'm talking about Super Mario Galaxy! This is not only my favourite Mario game, it's my favourite game overall! This game is just amazing. I love the music, the level-design, the controls, the atmosphere and the story. This game introduced me to my favourite characters: Rosalina, Luma, Polari, The Toad Brigade Captain and much more! My favourite galaxies were Honeyhive Galaxy, Battlerock Galaxy, Sweet Sweet Galaxy, Beach Bowl Galaxy, Ghostly Galaxy, Gusty Garden Galaxy, Freezeflame Galaxy, Toy Time Galaxy and the Final Boss. The bosses were amazing in this game. My favourites being, Dino Piranha, King Kaliente, Topmaniac, Major Burrows and Bowser.

The next Mario game I got was Mario Kart Wii. MKWii was awesome! My favourite Mario Kart game of all time. I enjoyed playing Grand Prix, VS Races with my brother and cousins, playing online and Battle mode. I love this game mostly because of the bikes. I mean, it doen't make sense, but it is still amazing! I love playing with the Wii Wheel in this game, even though most people hate it. My favourite characters to use in this game are, Toad, Yoshi, Koopa Troopa, Dry Bones, Bowser Jr. and Rosalina. Wow, that's quite a lot. My favourite tracks are, Mushroom Gorge, Coconut Mall, DK Snowboard Cross, Wario's Gold Mine, Koopa Cape, Maple Treeway, Grumble Volcano, Dry Dry Ruins, Rainbow Road, Delfino Square and DK Mountain. Again, quite a lot.