From the Super Mario Wiki, the Mario encyclopedia
< The 'Shroom:Issue 125
Jump to navigationJump to search 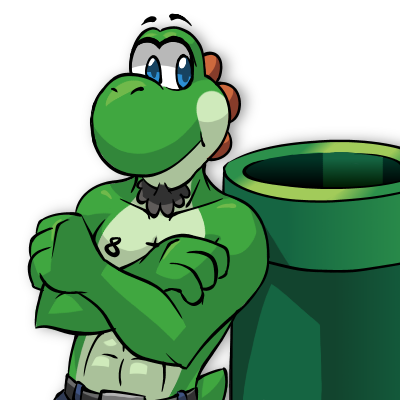 Sadly, we weren't able to capitalize on our third placement for Favourite Sub-Team last year, and instead fell down to joint last alongside Palette Swap. But no matter, we shall continue to rebuild Pipe Plaza, and eventually all of the other teams shall fear us. Fear us, I say!

Anyway, things to talk about. You may notice that we're missing a couple of sections this month. That's because LudwigVon (talk) has been incredibly busy, and thus unable to send them in. We look forward to welcoming him back next month. Also, despite it being one of my first ever sections, I have decided to stand down from Featured. Other than that, I hope you enjoyed the Awards ceremony, and I hope you continue to have a pleasant Summer.


Hello 'Shroom readers and welcome back to another edition of Featured, the only place this side of the Mario Wiki where you'll get news about the Mario Wiki Featured Articles.

No new articles have been featured in the past month.

There are no ongoing Featured Article Nominations.

There are no ongoing Unfeature nominations.

Two new articles have failed the unfeaturing process in the past month.

As an autoconfirmed user, you are allowed four personal images plus one small (no taller than 35 pixels) image for your signature. Make sure your images aren't explicit, and it's recommended that you be careful with your personal information. Please also note that any personal images you upload must be used within 24 hours or they may be marked as unused images and deleted.

Greetings everyone! Alex95 here to tell you all about an upcoming game and my thoughts about it. Fire Emblem Warriors has been teased for a while before its official reveal, and has been receiving a steady increase of screenshots and new info since. So let's take a look at it, why don't we?

Marth and the two new guys.

The initial reveal for the game showed Chrom pulling his sword, Falchion, from the ground, and I think that's all we got at first. Fast forward a few months later and we got the official name, Fire Emblem Warriors, as well as a few additional tidbits. Marth will be joining alongside his descendant on the battlefield, and the game also showed the two new protagonists for this adventure. Twins Rowan and Lianna were living a peaceful life in their nation, when suddenly, the Fire Nation unknown forces attacked and took their mother. With nowhere else to turn, they called upon heroes from the past to aid them. Perfectly acceptable Fire Emblem logic at this point.

As you may have guessed from the "Warriors" part in the title, Fire Emblem Warriors is based on Koei Tecmo's Dynasty Warriors series. Since Hyrule Warriors released for the Wii U, there's been a sudden increase of support for the series: Hyrule Warriors received several DLC packs and even a second game, and Square Enix followed with Dragon Quest Heroes I and II (which I still think they should've called Dragon Warriors), with those games also receiving expansions and a compilation. Now it seems Fire Emblem is jumping onto the Warriors trend with a game on both the New Nintendo 3DS and the Nintendo Switch.

If you've played any of the aforementioned Warriors titles before, you probably know what to expect here. A small army, though you only control one character at a time, goes against hoards of enemies to take bases and defeat commanders. The more you fight, the more you level up and the more rewards you can gain. The Fire Emblem part of this comes into play in a few different ways. First, you can switch between main characters on your team, a mechanic introduced in Hyrule Warriors Legends (as far as I know) and fits perfectly well with the Fire Emblem series mechanics, allowing you to cover areas quickly. A unique mechanic is the "Pair Up": introduced into the Fire Emblem series through Fire Emblem Awakening, the Pair Up in Fire Emblem Warriors allows two characters to team up during a special attack and wipe out many enemies around them. The graphics in the game also appears to be based on how the cutscenes from Awakening and Fates were done, drawn by Anima. Also coming in from Fire Emblem are support scenes. Not sure how those work at the moment, but it sounds like it'll be how it has been in recent titles. I, honestly, would love to see the conversations between Marth and Chrom or Robin and Corrin. Some of the cutscenes were shown off earlier, showing Marth & Chrom and F!Corrin & Ryoma. Still not sure how they are activated, but the conversations seem more like moral support between the two, consisting of one or two lines for each character.

Plan out your strategy and command forces to areas you want to cover.

Speaking of characters, the Warriors series is known for having a lot! And Fire Emblem Warriors, at the moment, disappoints. Characters revealed so far are Marth from Fire Emblem: Shadow Dragon; Chrom, male Robin, Lissa, Frederick, Lucina, Cordelia, and female Robin from Fire Emblem Awakening; and female Corrin, Ryoma, and Xander from Fire Emblem Fates; along with the two original heroes. Certainly impressive, but it feels restrictive, though it makes sense from a development stand point. Shadow Dragon was the first game in the Fire Emblem series and Marth is a popular character among the Smash community, Awakening was the game that brought Fire Emblem from the brink of extinction, and Fates is the popular one. It seems the developers are afraid of alienating fans who aren't familiar with anything before Awakening or outside of Smash, with characters like Roy and Ike nowhere to be seen despite being popular characters among Fire Emblem fans in Smash. Hopefully, more is revealed about the game before release and shows characters from other games. Chrom and Tiki will also be getting amiibo of their own, with Tiki's possibly hinting at a playable role, and Roy's and Ike's (along with the others) Smash amiibo are compatible, so what could this mean?

Hyrule Warriors was fun, but I quickly got board of the repetitive gameplay. I think I'll feel the same way about Fire Emblem Warriors, but, overall, it still looks like a great game. The only thing that'll sell me on this game is more characters from pre-Awakening, and it's not just me that feels that way. Also, I hope they don't restrict them to DLC… If you want to find out more, check out the pages on the Fire Emblem Wiki, or the pages on Serenes Forest. The game releases in Fall of 2017 in the Americas, so there's not long to wait if you want the game, though the dual-release on the N3DS and Switch is a little strange. Which one will you get? Faster processing and HD graphics, or dual screen functionality (or is the choice based on what system you have at the moment)? And let me know what game you want me to cover next!

Greetings, 'Shroom readers! This is Lord Bowser here with Poll Committee Discussion for you all! There's a decent bit of news on our end, so I hope you enjoy!

As you've likely heard by now, the Eighth Poll Committee is now fully in session, with myself as Chairperson and Henry Tucayo Clay (talk) as Vice-Chairperson. We have a big project set to be shown next month for you all; an analysis of the Awards Ceremony polls! This will be its own special section in the next issue of The 'Shroom, so make sure to watch for and read it!

The Pyro Guy (talk) is also working on a banner for the Committee this year, as he did for last year's Committee. We're excited to see how it'll turn out! Make sure to check our page for it as soon as it's up!

Besides the games, what is your favorite Mario-related media? (Lord Bowser (talk), July 9th, 2017)

And that's it for this edition of Poll Committee Discussion. Stargazing (talk) will be taking the reins next month, so stay tuned for them. Also, make sure to look at our Awards Analysis special section next month! Thanks for reading!

Written by: Yoshi876 (talk)
Hello, readers! I'm your Spotlight manager and Pipe Plaza Director, Yoshi876. Welcome to Retro Feature, a section in which I delve deep into the archives to bring you the best blasts from the past. As many of you may have noticed, we've been celebrating our Anniversary this past month, and have had a massive awards ceremony, as per usual. And, as per usual, following this event we get lots of reflections, and commentaries, and the like. Well, that's what I bring to you this month, one of Tucayo's recaps of an anniversary of a year that's already passed.

With this last issue, I have passed my good friend Super Mario Bros. (talk) for most Staff/Main sections. I have to say, it's only because SMB retired from the community a year ago, otherwise he would have kept on writing sections!

“'We Still Don't Like Sticker Star' – A motto for our generation.”
—Superchao (Talk Page · Forum Profile)

Goood daaay! This is Lakituthequick reporting the latest Anniversary Announcements to you, from the comfort of my own home.

The Mario Awards 2017 are over! Last week, 60 presentations have been shown, revealing the best and worst of the Mario series and the best of our community! Congratulations go out to the presenters and winners!
If you haven't already read them, go read them now! They are great!

It is also almost the end of the Awards season! Tournaments are slowly wrapping up, and tokens are being hand out.

Several months back, we mentioned that Steam changed the way it handles the purchase and gifting of items, mostly rendering our use of it unusable. We are currently still figuring out the best way to counter that.
We are hoping that Humble Bundle will be a good source of items if they have a summer sale, but otherwise we may have to change how prizes work, and be more dependent on monetary donations and gift cards.
Prizes already in our catalogus from last year are not affected by this.

Since last month, the tournament scene hasn't sat still! Let's see what's new. The hard deadline for all tournaments is the end of August.

The Awards season is slowly coming to an end now, but no fear, I'll be here next month once more to tell you about the final happenings for this season!
Until then, I want to wish you a happy month, and good luck if you are going back to school or work begin September!

See you next time! Bye!

All information above was correct as of 17 August 2017.