From the Super Mario Wiki, the Mario encyclopedia
Jump to:navigation, search
Archive is done! Mario & Luigi I couldn't do that, so I used {{talkarchive}}. Mario & Luigi

Because your friends are throwing around last warnings like they're no big deal. Receiving a last warning is no joke, and if the administration ever needs to review a user, that last warning would impact KoopaMan's review, when it was given out improperly. Your friend was abusing warning privileges, which is against the Warning Policy.

Dude, She was recently online. AND I AM NOT EvIL!!!!

Me:Come over here and say that to mah ARm CANNON!! and I'm now invincible to Fire.

That Tails doll looks rather famaliar.....R U famaliar with the terms "The Mystycal Forest Zone" and "Kajin"?????

Ehm... What's the matter? I can't understand what you have put in that message... I can't get it. :( Chivi-chivik (talk)

Re:As of a week ago[edit]

Hey, I guess you could say that I like lazors. I saw some people on another video game wiki talking about Shoop da whoop and i thought it was funny. I've nevr been on YouTube though.

Girls rule, for pink is a manly color! Pichi-Hime6!

Hey want to be friends?

P.S. I also want to be in the user arena and I have something that you don't have 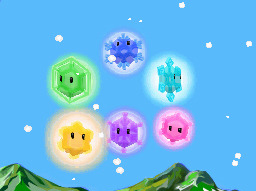 I will use the snow spirits to freeze you.MWAHAHAHAHAHAHAHA...*cough* *cough*.ugh...forgot to take my throat remedy.

Hey, I noticed you put the small RPG battle of me and you fighting but this time it is my revenge.

Yes, I do believe I remember you. :D

I know, that's because I've almost quite Fantendo. You can watch some of my animations here though: [1] That's what I've been doing while I was gone.

I was not flaming him and im sorry about U. Let's be frenimies. No wait lets be friends.

Could U at least UPLOAD 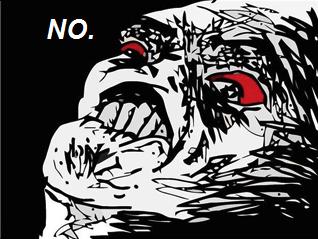 PS Why do U wanna know do U NOT HURT Sonic fans? 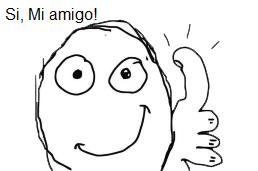 How do U upload a cropped image agaain? PS Can we be friends?

As you can see here, You have 1028 edits out of those 30 are main space and that is ridiculous especially since i've had this conversation with you before and you said you would start making main space edits Raven Effect (talk)

Sure I want to be friends. This is my userbox: |-

Whadda U mean "For real this time"?

You severly overestimate my power[edit]

Hello, I just wanted to ask you something. It has come to my attention that you call yourself a Brony, and that it has something to do with MLP:FIM, does it not? So, my question is...... WHAT IS A BRONY????????? I MUST KNOW!!!!!!!! I see people talking about Bronies everywhere, and It's driving me CRAZY!!!!!

Girls rule, for pink is a manly color! Pichi-Hime6!

Wazzup? I am TheFemaleWario. I don't have a signature...YET. I should have thought through making an account on the ONLY computer in my house. My dad will unleash HIS fury on me if he figures out I downloaded any... well, anything. :( I need a computer. --TheFemaleWario 19:11, 24 December 2011 (EST)

Why did you asked me if I wanted to be friends? I gave you my userbox, but you didn't put it in your tower and I'm still not in your friends list. Sorry if this sounds mean or sometin. ~ Qyzxf (talk)

The videos were awsome! That cat was like, "Oh my Gosh!"LOL! And the My Little Pony Video was funny too. Thx for the videos. See ya later!

1st, I want to be friends. 2nd, I want to be a Glatorian- wait, that's Bionicle. Oops. Uh.... What I meant to say was I want to participate in the User Arena. But I have just one question: What exactly do I do in your arena? Do I fight monsters? Other users? You? An evil clone of myself? Evil clones of other users? The "Shift" key? Okay, maybe not that last one. Well, whatever...... |-

Actually, I'm only wearing a Matatu. The only reason I didn't use one for my model is because I only have 4 (two great, two noble), and they're all being used by both of my Nujus (Toa and Turaga), Kazi, and Kopeke. How 'bout we just say that's my Suletu and it's made to LOOK like the Avohkii, kinda like Norik is wearing a Pehkui made to look like a Noble Kiril. Capice? So, unfortunately, I cannot accept this Power Star, for it was meant to be an award for possessing the Mask of Light, right? But, alas, I do not have the Mask of Light, Takanuva's got it. So, anyway, here's the Star backFile:PowerStarSM64DS.png. Sigh.........

HOLD ON!!!!!! When you say we're fighting at 3:00 PM, there's a slight flaw: we're probably in different time zones. For instance: right now, it is 7:26 PM where I'm at, No wait, it's 7:27. No, my apologies, it's 7:28. It's like it's changing every- right, time. while somewhere else, it's 1:43 PM. Get the problem we got? So, anyway, disregarding the little time dilemma, can I choose ANY items or just the ones you laid out on your page or just the ones that we have? And also, just HOW do we fight? (also, you seem to know Bionicle. So you would probably understand that I'd be able to use my Kanohi more than once)

Sweet. Do I have to do anything for this?

YOU CAN'T TAKE MY NAME IT BELONGS TO ME!!!

Uh, I think you replied to the wrong user. On another note, remove those inforboxes you have on your user page. They are for official articles, not for fanon. Zero777 (talk)

You can't use it or else your username will appear in the list of articles with the same infoboxes and that will look unprofessional. Plus it's a rule since almost over a year ago. Zero777 (talk)

Bad Router so It's been hard for me to get to things! Heh.

In one word, Good.

Hello! First of all, can we be friends?

Last, i'd like to buy a Green Koopa shell!

That notice template posted on that page says that talkpages for mainspace articles are not to be treated as a forum; they are for discussion of the article content only. What you posted on the MP9 talk page breached that rule. Please refrain from attempting this again, or you might get a warning for this type of case next time (in short, you should have placed that kind of talk you made on the forums area for this site instead). Thanks in advance for your cooperation with this. --M. C. - "Mario Gals" Fan! User Page | Talk Page 15:47, 14 March 2012 (EDT)

I may not have a userpage, but I do have a talk page. Wanna be friends? And on what day is the User Arena? --Mario X-Fan 45

I don't see my name on the user arena list yet!

I understand if u did not have any time to put it yet, but if you can anytime soon, please do.

So, you asked on my talkpage "who are you?"

I am none other than the mischievous, alarming, slightly deranged,(that's what my friends say) Madame Wario!!!!
(OK, so i'm really kind of tall...and lanky...but Madame Wario nonetheless!!)
I may not have mastered the arts of image or cool signatures,(Wario wouldn't have either!) but I am still the Whomp-smashing, heart-breaking girl of sorrow, misfortune, beauty, mischief, and Waluigi-Lovin! craziness!

I hope I have answered all of your questions, and if not, there's always mah userpage!

Well, In all the issues I put the ingredients/items I use for the dish and how it is made. But yes, the effect in game is a good idea, I have never thought on that... ^^;

Thanks for thinking on me :)

Yes, it would work perfectly, thanks :)

wanna be my freind? the fawful is the awesome The

I found something for you to sell![edit] 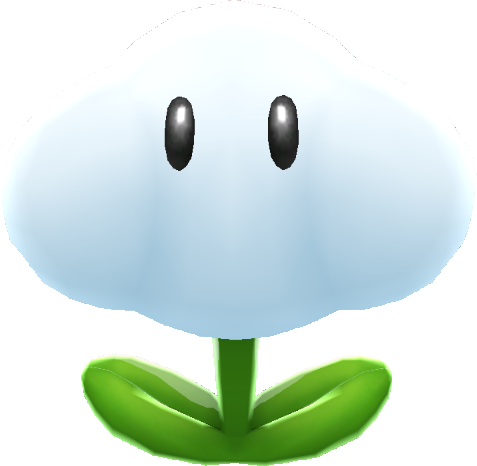 Sorry it's on the big side, it must have touched my Super Mushroom!

Hey I got something that you don't have.

If you want it you must battle me.

Can I join the User Arena?

Can I join your RPG?

Can I become part of your RPG? You can reply in 3 ways!!

Is it a programmed RPG or chat RPG?

If so, I could help.

PS: Can I join User Arena and what is it? And also, wanna be friends?

PPPS: Something for you to sell!

PPPPS: I´m running out of P´s!

Omg, your User Arena should be SOOOOOO awesome! *O* OMG! What they have to do in a arena? Just curious! :3 I'm interested! And hey, you have a "kitchen" too! :) How nice! ^^ Do you want to be friends? My userbox is here: