Feel free to Talk to me at ANY time on my talk page. I will awnser as soon as possible. Anyway, who wants ICE CREAM ?(note: Ice Cream may not exist.)

Now, IF ANYONE WOULD EVER BE INTERESTED IN ME, my friend userbox is

Here are the Questions:

Who is Pricess Peach´s Knight in shining armour?

A) Luigi B) Mario C) Waluigi

And finally, who is the Donkey Kong from the Game "Donkey Kong"?

And now the prizes

1st Prize: Something from my shop Super Candy won this...

2nd-4th Prize: Something from my Shop - Limited to things up to 500 Friendz Coins. (Two out of four won by Pokebub and RPG Gamer)

5th-9th Prize: Something from my Shop - Limited to things up to 100 Friendz Coins.

So far I have sucsessfully found out that Sir. Strange Koopa and Mr. Bowser were actually Master Bowser Jr...

If the Userbox Tower isn´t enough, here is some Info about me.

Dislikes: Losing a race , Losing a bet and rain.

, this comes out: a shroobed version of me...

(It happens I can speak Shroobnese...)

1.A Generation Nex (´Cause I want to play NES and Famicom games, AND I have hardly any space.)

2.A H&B MegaDrive (Because GENESIS does what NintenDON´T... I know...)

3.A GameBoy Advance SP (So I can be advanced!)

After defeating Shrazzoob I now have a chat! It´s #Razzoomchat! Let´s meet there!!!

For a great Restaurant, visit #Razzoom's_Diner...

Dev it up! App competition

With the release of SlyOS 2.8 Peach arrived and SlyOS 3.0 Cherry coming, we're going to reward you for creating a SlyOS app. Send a PM to RAZZOOM with the code or eMail it via 'email this user' function.

Whoever submits an App will get it into the Store (after checking) and also bag a SlyPod with 50 Friendz Coins!

A thought on Public Transport

At first I want to say that the Mushroom Kingdom Transport Corporation, MKTC for short, is really brilliant. Some Idiot stole my car the other day and gave it back on the day after that,but that´s another story, and I could only use the Public Transport.Here is the story of my day on the Public Transport: 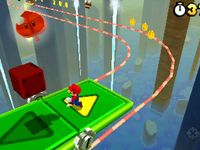 Me on the Public Transport Switchboard at New Aqua Bay in Toad Town. I wanted to go on the K64, also by the MKTC. I payed a Lakitu to take the photo, by the way.

I´m not in the Picture, but Mario and Parakarry are, as I took this Picture with my trusty Polaroid by myself.

The Use of Switchboards, Trains , Trams and Wiggler Buses is very clever. Especially that they go all over the place. For example, the Wiggler Buses go over Mushroom Bridge and into Mushroom City, the Las Vegas of the Mushroom Kingdom. I went to go and do some betting, as I always do. Betting, not take Wiggler Buses to Mushroom City. On my trip at New Aqua Bay I saw a Station that was called Toad Town Square, which was Literally just a Plattform with a Warp Box and two ?-Boxes. No-one was there. It was a lovely day and use the MKTC´s Public Transport even more now. And the Trams are Ingenious! They can go on the Ground and in the air.

And now to the Bone Public Transport Corporation.

They have BoneMonorails, BoneBoats and BoneTrains. They offer BoneCards, but, as the BPTC only operate in areas with Lava, It isn´t really worth it.