I think the block should just remain where it is. Add it in the gallery, but leave it there. Oh, don't get into an edit war, I don't wanna get blocked. --APA TKB

Your signature has raw coding when you type ~~~~. To fix this, you should go to your preferences page, put

Too Bad! Waluigi Time! (if the link is red, click on it and save the raw coding in there) in the space that says, "New Signature". Then, you should see if the " Treat signature as wikitext (without an automatic link)" is checked. If it isn't, then put a check on it. Then, save your preferences.

After that, when you type ~~~~, you should have {{User:SuperYoshiBros/sig}} instead of that messy coding when you edit the page.

I forgot to say that you need to put {{SUBST:nosubst|User:SuperYoshiBros/sig}} in the New signature part. :P For that, you get a Wario.

For saying thanks to my help and giving me two Warios, you get an official Wario of the day.

Also, if you accumulate another Wario of the day, you will receive a link to any of the most useful websites I have found in the internet.

You aren't allowed for User:SuperYoshiBros/FriendUserbox. Just merge it with your userspace, otherwise, mark it with "{{delete}}"

You are still not adhering to rules, you better hurry up doing something with this or else it may got deleted.--

Please stop adding {{PM Items}} to articles, it is againest rules. You should take permission before getting into other user's project.--

You said "I did most of it, but someone else ended up finishing it.", who?--

You get a nice picture of everyone's favorite, yet utterly adorable loser for giving me an official Wario of the year. I hope you like your present!!!

You're going to get an Official Wario of the Day at this rate. File:Wario2.gif I feel like putting 4 images of Wario in your lousy page.

Enjoy your free bundle of fun that is Wario!

I hope you love your new babies. 39px

You should have discussed the changes of the Yoshi artwork, rather than warring through upload summaries.

Hello. Your vote here is considered invalid, because you have not provided any reason to support the proposal at all (which is a requirement to vote, as per Rule #4). Please reword the vote to something more suitable which makes your stance on the matter clear, or it may be removed. Thanks.

Hi. I believe the files you're uploading have already been uploaded. Yoshi876 (talk)

No problem, just a recommendation, maybe check through the Recent Uploads just to make sure in future. Yoshi876 (talk)

No problem, just remember to tag your files for deletion as they're duplicates. Yoshi876 (talk)

You haven't gotten Wario spam in a while, so I decided to give you some.

I hope you appreciate my earnest efforts to make this page 45% cuter! :3

KaBoom! definitely didn't do this.

Why did you send me a message?

I certainly did NOT give you a message.

What made you think I did it, HM?

Yeah, LeftyGreenMario didn't do it, obviously. -

Stop spamming me with Warios! Have some more!

I know it's you because I just guessed it. Now, take another Wario! 50px -

I don't take surrenders, pal. Now, here's another Wario for your silly attempt.

For giving me a last Warioning, you get an official Wario of the day.

You also get a link to the most useful website in the internet. :)

For not giving me enough Wario.

Wario spam will come. So, be patient as the spam is on its way.

Well, only six more days before something happens.

But, here's an early Christmas present.

Trust me, you do NOT want another Wario of the Day, do you??

Here are some extra Warios. Keep in mind that unlike you, I actually put variety. VARIETY, you ever heard of that!?

File:WMODGeniusWarioSprite.png I hope you love your brand shiny new Warios of the year. They hand-picked... with love! :3

You also get a free snowboarding Yoshi because I know how much you hate him. 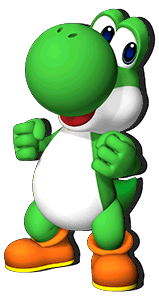 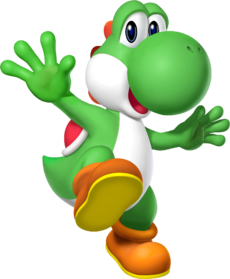 Wario and his friends having a blast with women's water dancing!

Wario walking the plank and ending up drowning! 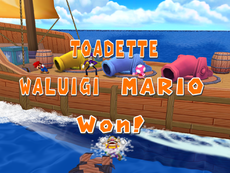 Wario suffocating from his own fart-shaped Boo. 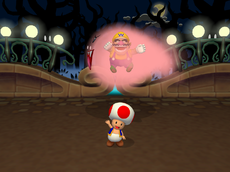 Wario about to be anally probed by a really curious team of scientists. 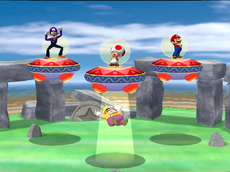 A really, really mad mob of Thwomps willing to trample Wario for anything. 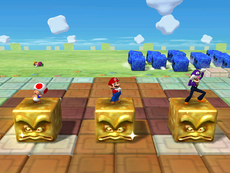 A giant fight against a really tiny Wario tank. 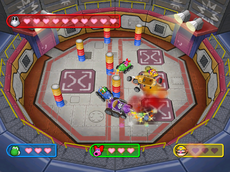 --This message is NOT from

--This message is NOT from

To celebrate my anniversary, I'll give you a present.

Take great care of it.

P.S: Will you be my friend?

Thanks for being my messenger[edit]

It really counts to be my lil' messenger.

Can I kiss you now? I'll give you a raise for fulfilling my requests! Here ya go, lovingly by

For an employer you're very disgusting. --

File:MKDSWario.PNG He might switch to employ you to an even worse job (CTS decon

Wario just got enlightened. The world will end.

And this message is brought to you by the letter W!!![edit]

Were you so worried you're not getting enough Wario™ every day that you lost sleep over it?

Fear not, I will be here to help you! 50px Just subscribe today www.warioisfat.war to marvel at the disgusting glorious majesty that is the purple/yellow marvel of fat.

Did I mention that there are no associated fees!? Signing up is free and cute so gimme your money so go ahead and do it! 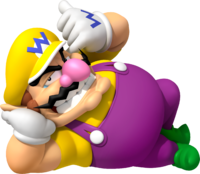 Hey, your signature should fit inside of the box, please change the sizes to do so. Thanks. Yoshi876 (talk)

Hi. If you are a yoshi fan, then come check out my page. you might be mentioned. User:Yoshifan104

I put you on my page. User:Yoshifan104 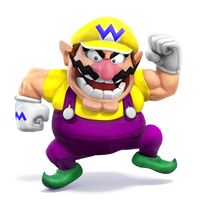 This message is NOT brought to you by ®MarioMart, which is a registered trademark. ©2014

Your proposal on merging characters with Yume Kōjō: Doki Doki Panic has been passed since the beginning of January, but Mama still hasn't been merged. Since you started the proposal, the burden of responsibility's on you, so you should should probably get on that soon. Hello, I'm Time Turner.

That back-and-forth between you and User:Raven Peach is not accepted, regardless of who's right. Instead of actually discussing the edit, all the two of you did was undo each other's edits. Hello, I'm Time Turner.

The proposal for Green Toad (character) was reword to Green Toad (Mario Party 9), if you want to see it or change your vote, go here--

I hope I'm not starting a revert war with you.

I updated that picture because it only had Carrie and it would be very weird without any of the Heroes of Light in it.

Sorry, I made a mistake. I still have difficulty with the word "Delete" and "Merge". I rewrite my proposal to make it more clear. So, you can go see that here.--

Please, can you go see the Boom Boom proposal, I make you a comments. --

I've recently noticed that you've doubled the size of my Modern Mario and Modern Luigi artworks. While was probbably done with good intentions, there was no |xpx| code in the costume table, making the images really big. So I've resized them and will remove the px code, alright? Have a nice day!

I have changed the options and rewritten the proposal on the Costume Mario Sprites. Please Take a look.

I found it on my mailbox earlier today, but the mailman was shrieking and running away and told me that you can have it. Here you go.

Wow. You know what they say, nice people give and don't expect anything back, much less a generous whole lot back!

I'm glad you love the gift!

I pointed out some information on the Sales Bunny talk page I think is important in confirming the bunny in Mii Plaza is the same one in Nintendo Badge Arcade. I'm sending this as a friendly notice in case you're not following the proposals progress. Thank you. UhHuhAlrightDaisy (talk) 01:33, 19 December 2015 (EST)

As requested by an anonymous user, you will receive your very first Wario of the Year. Your admirable devotion to this fictional character has earned you this award of dignity among the community and we hope that you continue expressing this love for Wario. Congrats on your award, and keep on loving Wario.

Wario Wario with Wario Warios! (Have fun with your Warios!) :)