The upper/lowercas problem returns. This is from an Italian magazine, I have seen it today (the day I receive it):
ITA: MARIO E YOSHI COME SKYLANDERS. A Natale si potranno collezionare gli Amiibo: riproduzioni dei personaggi dei giochi Nintendo [...]
ENG: MARIO AND YOSHI LIKE SKYLANDERS. At Christmas you can collect Amiibos: reproductions of characters from Nintendo games [...]
Note that it isn't a journal, but a magazine for kids, so I don't think it depends from Nintendo, but decides to put the notice here. Well, now we don't know anymore wheter the "a" is uppercase or lowercase. I think that since the logo that I uploaded from the official Nintendo site is lowercase, I think that it is only an error and the "a" is officially lowercase. But this is like an enigm, I am not sure anymore. What do you think?

It's still lowercase, evident from the logo and all. The writing, which doesn't matter if it's Italian, is questionable, too. "Mario and Yoshi" used to represent Nintendo characters and franchise?

Well, later there is Pikachu, but I cut it. That article is very small, there are no images either. Probabily an error, let's keep it lowercase. Unless Nintendo starts to make it uppercase, thing that shouldn't happen. Also, I changed the name of this page.

I really think that we should make it capitalized, as a title. The logo itself isn't capitalized, because they want to be decorative in their logo font choice, but as learned from an early age, all proper nouns (titles, too!) should be capitalized. This is my honest opinion. Also, Wikipedia capitalizes Amiibo here.

Wiki doesn't support htm format. What to do...

Find out how. Better staic gifs or jpegs? Never mind

Done! No need to thank me. I find out a much easier way.

Well, since I'm lazy to search for the boxes, I'll upload them without. Still thanks for noting.

How do you think we should order the amiibos? Per name (how I wanted to) or per series?

I'll order them by name, since it seems they look better. Feel free to revert it if you don't like it.

Doesn't the fact that amiibos unlock a skin of Mario, Peach and Luigi for Ace Combat Cross Rumble 3D make it a "Mario related game" ?

A Mario-related game is a game in the Super Mario series, or a series related to it, such as Donkey Kong, Wario, Yoshi, Captain toad, etc. - Robert ^.^ (talk)

Though I agree with WiiURob about games with Mario content being NOT Mario related, I think there should be a list of games having this.

Where is the proof that Luigi, Cap'n Falcon, and all other figures from wave 2 will work on MP10, cttt, and yww --YoshiMaster1026!!

While they won't work on YWW and CTTT, all non-playable MP10 amiibos give Mario Part Points. Playable characters-related amiibos are instead used for unlocking stuff in the game and more, since the games also writes data on them.

You can see her amiibo in the trailer, not the one where he says nine amiibo, but when the players move around the board.

Toad and his brigade!

And donkey kong too. This implies everyone will.

Toad and his brigade!

It is said that their SSB amiibos will work for it. However, I think they will get their own Mario amiibo in the future, alongside the other characters...

Games that read and write/read only amiibos[edit]

I'm asking because nobody ever thought about this. Mario Party 10 does this, apparently. As I noted on the summary, the situation is different depending on the amiibo I'll scan. Say I have got a Mario amiibo and a Kirby amiibo, both with Super Smash Bros. data on them, and I want to use them in MP10. If I want to use Mario, I'll have to delete the SSB data first, since Mario is a playable character and is used on amiibo Party, so the game writes data. If I want to use Kirby instead, I don't have to download my SSB data because he isn't a playable character, so is not used in amiibo Party but only for earning easy Mario Party Points, so the game only reads data for it. So, the article stated it boths reads and writes data, but it's not always true, so I corrected by putting both images separated by a bold, x5 big slash. Is it good now or we should do something else?

Well, Read and Write + read-only is kinda redundant, especially since you can find the answers to your question if you just look at the chart or look to the left. But people won't do that, because sometimes they're just looking for a impossibly quick answer. But, I don't like how it looks now, I think we should create a special image (sorta combination of the two) that would represent it. Laikue (talk | contribs) 12:46, 19 January 2015 (EST)

I know an image would have been more fitting... But this wiki doesn't like fan-made stuff, so if one would be ever be made, probabily it will be rejected. Anyways, if it's OK to have this fan-made image, I'd go for a yellow background and the rightmost arrow segmented. I never tried to make .svg files, though.

This is baffling since there has not been any mention of a 5th wave. There has only been a 4th wave announcement, any 5th wave announcement will most likely come out after April or just before. Although i would like to see reference if there is any at all to this speculated 5th wave. -

This technically doesnt classify them as different waves, i know there have been delays and mix ups and who-ha's but there still the same waves. -

No, you don't understand. Nintendo themselves said they were different waves. They themselves called them Wave 3 and 4, respectively. Laikue (talk | contribs) 20:32, 25 January 2015 (EST)

Ah, well its easy to get confused here since nintendo includes my country with europe, since wave 3 is still wave 3 and wave 4 is wave 4 here. -

Pictures of the Mario Series?[edit]

Will this gallery do?

I would like to note that in a statement of re-supplying amiibo they mention all amiibo of characters that share multiple series, such as Mario, luigi, etc. Will all have the same effects, unlocks, etc. in games. They just have different designs, also id like to point out that with the card variant of the characters this supports the aforementioned statement. -

I'll just leave this here, I don't know what if anything is worth adding to the article, but it's interesting nonetheless. (Yes, I did also post this to ssbwiki, you're not going crazy) Laikue (talk | contribs) 13:10, 21 February 2015 (EST)

Yes, this information about sales data is definitely worth adding to the article, considering we also cite video game sales as well. Maybe add a "reception" or "sales" section to this article, that would be perfect.

don't have 2-8
With Gold Mario confirmed, I think amiibo like Gold Mario (palette swaps) should be categorized under Special Edition (or SP). They are not part of a Wave, and are released on their own.

It's a bit too soon for this, but I (AKA the creator of these amiibo categories) think that it would be best to wait for at least one more limited-edition amiibo. Then we'll talk. Lumastar (talk)

There will be at least 2 Special Edition amiibo. We're still waiting for official news regarding the Silver Mario amiibo. It is part of the Super Mario series of amiibo.

Should we talk about the whole amiibo fiasco on this article? I mean it sounds pretty relevant to this product and it's happening, like very significantly. So significantly, Nintendo is even aware of it and wanted to make a re-release of Marth.

Since Bowser and Donkey Kong are appearing in the new Skylanders game as playable characters with brand new figures, along with other stuff like Koopa Troopas, shouldn't that qualify the game to get its own article? I mean, if we have NBA Street V3, there's no reason not to have this game. --

I think the best action to take is wait and see what other features Skylanders has up its sleeve before we make an article on it. So far, a mention of it in List of Mario references in video games and the respective character articles would suffice. Currently, though, Bowser, Donkey Kong, and Diddy Kong's appearances would qualify as a guest appearance per our coverage policy. Take note that it says that "a Proposal should be made before a game is classified as a "guest appearance", as this is a somewhat tricky distinction and there could easily be disagreement in the community about the extent to which coverage should be granted to any given non-Mario game.", but my personal advice is to wait until the game is released.

Interesting, although do you think part of the "80" amiibo would be the recolors?

I saw a source that said 99. P.S. May someone help me with a person that added many characters compatible with Super Mario Maker? This user has no shown source. Marioguy (talk) 15:51, 30 July 2015 (EDT)

Okay Marioguy and Thanks for the source Metalex ! --Captain Yoshi

Just saying, I would like for someone to change the release date sections so that they ALL show the region, the wave and the release date on each region. A perfect example is the Super Mario series amiibo, which was already done:

I feel this bit of trivia needs to be changed, however some might disagree. Basically the 2 colored R.O.B's are based off the color of the NES from the region, and they decided to do the same with the amiibo. HOWEVER! They plan to sell the other versions in the other regions. Basically the trivia should be changed to "The R.O.B Amiibo was originally sold in a diffrent color to its region" Just to keep it short. -

I didn't keep it as short as you wanted, but at least it's explained better. "The R.O.B. amiibo was originally sold in a different color to its region" doesn't explain a lot (it also makes little sense as it is).

Do you think Nintendo will ever release the third wave of the Super Mario series amiibo? This is to go with the already existing amiibo for Mario Party 10, which apparently shows photos of possible Wario, Donkey Kong, and Rosalina figures. Below are the photos. Marino13 (talk) 20:08, 30 April 2016 (EDT) 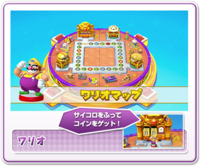 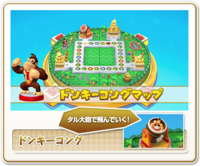 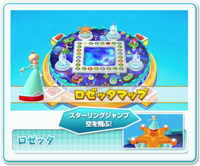 From left to right: Wario Board, Donkey Kong Board, and Rosalina Board. The photos show what their real life amiibo figures could look like.

All we know is that Nintendo hasn't announced a Wave 3 line. That is all.

Update:IGN announces wave 3 of Super Mario Amiibo. In addition to the three aforementioned Amiibo shown in the photos, there will also be Waluigi, Daisy, Diddy Kong, and Boo figurines, with the latter able to glow in the dark. They are to come to stores Fall 2016. the link is here: http://m.ca.ign.com/articles/2016/06/14/e3-2016-daisy-waluigi-boo-amiibo-announced-alongside-new-mario-series-amiibo

The compatibility table has exceeded the page width[edit]

Future Mario games that will be compatible with Mario-related/Smash amiibo makes it harder for MarioWiki (non-user) readers for the desktop version to see the whole table because of the ad on the left side. Is there another way to reduce the table width or change the table completely? Infinite8 01:00, 21 May 2017 (EDT)

Maybe organize by read/ write / n/a capabilities instead of per game.

We already knew that the cereal box has built-in amiibo. The question is, how are we going to put this in this article?
A. Put under "Super Mario" line section (probably not).
B. Put under a new "Miscellaneous" section.
The built-in amiibo has a unique identifier, as it is recognised as a "delicious amiibo" rather than "lovely amiibo" for unrecognised amiibo. - Infinite8 18:43, 6 December 2017 (EST)

Tables don't scroll properly, and instead content that doesn't fit is simply cut off.
The preceding unsigned comment was added by 23.122.237.104 (talk).

Yeah, there's got to be a better way to show these...