Hello, all of you, users! Much thanks for visiting my talk page! Leave a message if you wish!

Hey, Hammer Brother, Boomerang Bro., Fire Bro., Ice Bro., and Gold Bro. are my favorite Bros. (Sorry, Sledge Brother, Amazing Flyin' Hammer Brother, and Dark Brother...) --WhiteYoshi2014 (talk) 20:07, 1 July 2014 (EDT) "If my dreams could come true, I would become tall." "Even Cobrat will move away from me because of awesomeness."

If you don't mind me asking, where can one find footage of this Mario Circuit-resemblant stage? Icemario11 (talk)

Many thanks, I was wondering where the whole Super Mario Kart reference came from. Icemario11 (talk)

to Mario Wiki to be used for World Castle levels (but not for castles at the end of each world; those have a different icon), but I do not know how. Could you please put it on there to be used for Super Mario 3D World stages? Thank You!

Please use my current userbox for now on:

Hey Mr. Ice Bro! Can I have your userbox again? Thanks.

Hey, can I ask you a favor? Can you take this and keep the colors, but make it look nicer? I saw the artwork you did of you and Premium Yoshi, and it looks awesome. Thanks in adavance! 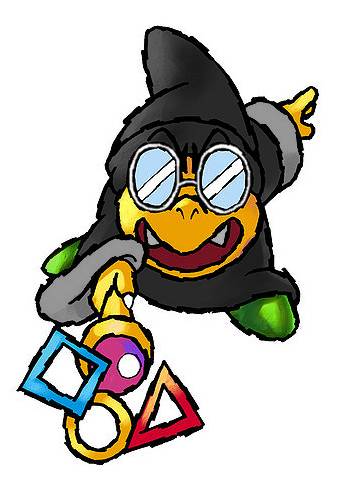 Is there a way to take this:

and color this and keep it moving? If you were able to color like you colored: 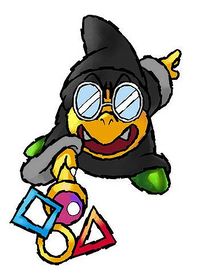 I would be forever in you debt. (except for coloring stuff for you :)

Now you're a boss!

THANK you so much! You don't have any idea how good you are at that, do you? What do you use to do it like that?

How do you put "Who's Online?" on your page? I was wondering. It's a pretty cool feature.

You have to put this: special:randompage but do it with these. {{ }} Joseph (talk) (contribs)

Hi. If you are a yoshi fan, then come check out my user page. You might be mentioned on it. User:Yoshifan104

(OMG! I love the red and green yoshis, and I think Yoshi's cute. I think me and you might have the same intrestes, Yoshifan104! oh and PS, my username is MarioLuigikid, or look in the section I added!)

Do you intend to use this?[edit]

File:DIYLOGO.jpg
The image in question

Hello mr. ice bro. I really need a user main page, and I don't have one. can you make mine almost EXACTLY like yours, but replace the ice bro with luigi in Mario's cholthes with headphones? with TOTAL respect, Marioluigikid

There was an issue with the {{Wide image}}. I've (hopefully) fixed the issue, I decided to leave you to start using it yourself. Also, If you want the image to fill the whole page width, just drop the second parameter. Thank you, and keep contributing. ;)--

Sorry to bother, but a while back, you added the foreign name "Leme Miau" as an official name for Cat Wheel. Would you happen to know or remember where you got that name from? Thanks! Hello, I'm Time Turner.

Ah, thanks! Could you send me a link to the specific page? Hello, I'm Time Turner.

Your userpage is still referencing your old name. Just a hint, use the MediaWiki Magic Word {{PAGENAME}}. It returns text of the page name, minus the namespace prefix. In your case, Bro Hammer (see markup for proof of concept). --Wildgoosespeeder (talk) (Stats - Contribs) 22:26, 8 August 2016 (EDT)

Found File:Koopa&YoshiareFriends.png in Special:Unusedfiles. It's flagged as abandoned. If it is wrong, just change it back. You are pretty active here so I thought I give you a chance to fix anything before it might get deleted. --Wildgoosespeeder (talk) (Stats - Contribs) 05:02, 28 November 2016 (EST)

Hello, it looks like the image was deleted even though it is now being linked to on your userpage. Would you like me to restore the image for you?

"Lots of games have this kind of ability"[edit]

What I meant was that the pink and purple were both fairly close to each other, both being fairly lavender. Also, Lens of Truth showed invisible objects and enemies quite a bit. I'm saying they're more similar than even other items with a somewhat similar purpose. Doc von Schmeltwick (talk) 13:30, 12 September 2017 (EDT)

About the Women's head on the microgame page. I know the Mario head page is mostly on Mario's head, but I linked it because I feel the page could talk about other characters disembodied heads other than just Mario.--TheGreenBeetle (talk) 20:07, 1 September 2018 (EDT)