Why was it all removed? Is it against policy or something? Mario4Ever

Never mind. I hadn't realized it was moved to the game's page. Sorry for the inconvenience. Mario4Ever

Hi hi Lindsay can you help me with my new category The Super Mario Bros. Super Show! Images please?

I just read your message on the fourms and thank you for helping me!

Well your welcome, and sorry BTW. I just thought I could use minor swears like that.:/. And I seen LGM with that kind of language today in an edit summary too, I just figured that...well... ya know.--UM3000

Hehe I was about to ask you the same question. ^^;

Wanna be friends? You seem nice. My userbox is on my page. --

How can I start a new proposal? --

I hope this doesn't make me a tattletale or something, but Jrrocks999 (talk) seems like a sockpuppet of Jrrocks99 (talk). I just assume that users are sockpuppets if their usernames are similar... >.<

Lindsay I have some icons from Mario and Sonic at the Olympic Games(mainly Sonic ones). Before I upload them where do I put them in the Articles? The galleriies on their pages just have artwork on them.

I have 3 favours of me to ask.

1. Could you upload a better quality version of the 3 images I just uploaded.

2. Unblock Kaptain Kr. Rool so I can have a word with him.

3. Upload a Spongebob Squarepants image for the Animation References.

Thanks for more Animation References.[edit]

I want to thank you for Putting in more references but I have a question. 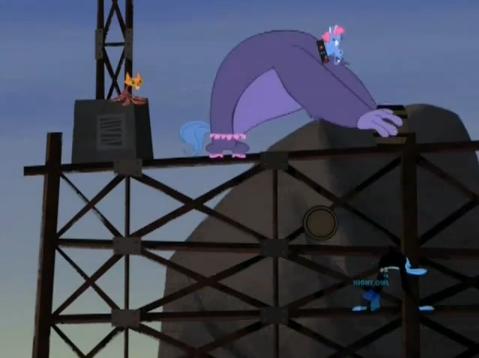 I want you to get images from Futurama Episodes that ahve no Images like A Byclops built for Two, The Devil's Hands are Idle Play Things, The Beast with a Billion Banks and Bender's Game. Also for the Simpsons, try finding one for Homer, Please Don't Hammer em'.

And about Spliced!. I remember now that in one hand Mr. Smarty Smarts was holding a laser gun shooting Octocat done and It could not be recognisable in the picture uploaded. Keep watching Spliced! for more Mario References. Before you think about doing it, there are 3 reasons why I'm shy to do so.

1. I'm taking time off from ABC3 (they channel it comes on my part of the world).

2. It is currently a Past Show.

3. I'm shy and nervous to look up Spliced! on the Internet.

I have all the icons of enemy names in Bowser's inside Story. If I upload them can I put them onto the title of the template on the enemies pages? They are transparent.-- 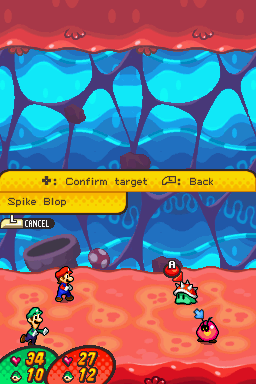 Ok is there still a way to upload them and have them somewhere on the wiki like the Bowser's inside Story gallery?--

Who is he a sockpuppet of?

Plumber690 has a Request for you[edit]

Would you mind blocking him please since he's obviously Yoshiwaker? I do know that he is somebody and extend the block for whoever has this sockpuppet account please. --Plumber690 8:48, June 6, 2011 UTC)

About that edit of mine you undid. If all the characters are the same as the vancouver games, it would be boring and no one would want to play it. Also, Dream Rowing looks like it's set on Wave Ocean and I'm sure that we need a stage from Sonic the Hedgehog (2006) appearing. I'm sure that you'd also find it boring if there are no new characters. I'm sure everyone would agree. Plumber690 8:52, June 6, 2011 (UTC)

Hello Lindsay, I'm having some problems from Pikapoke2000. I mean, this guy gives me a random message on my talk page, so I respond that I didn't know what he's talking about, and he responds stating that he doesn't know who I am and doesn't know what I'm talking about. He's really confusing me.@_@. Can you try to settle things with him for me? I'd really appreciate it.--UM3000

Can you delete Luigi's Mansion series?

Hey Lindsay! Did you get any information about Birdo's art? =0

I know if you give me a chance, User:AArthur/sig

is Super Curious Bros. a sockpuppet of Plumber690 i only ask cause he did a section of his talk page labeled about me and said he hopes the admins make him feel welcome which is what Plumber690 always did Goomba's Shoe15 (talk)

Is Kaptain K. Rool B also a sockpuppet of Plumber690 cause he was in a feud with KKR before he got banned Goomba's Shoe15 (talk)

Announcer: DK and Diddy Kong vs Bowser and Bowser Jr. is unable to battle! Lindsay151 is the winner!

You really should be a Sysop...

I want to do the logo stuff myself. I've looked forward to this maintenance work all week, and it gives me a chance to go around and fix other aspects of pages I don't normally poke around on. - Walkazo 20:18, 12 July 2011 (EDT)

Isn't there a way to stop Plumber690 at making all these sockpuppets? He's really annoying and always impersonates me and thinks that I'm on his side or something. He can read his talk page even if he's blocked, right?

Hey, I think that Whompaton (talk) is another one of Plumber690's socks. Do you mind checking for us?

Lindsay, did you try blocking his IP address, too?

Do you think the Gamester deserves its own page?

I blocked Shoppingsoft0 (talk) because it was a sock of Shopscript (talk) (using that IP thing you told me). I hope that was right... right?

I was wondering if you can get a better quality image of this? 60px I was asking because u found a good quality one of the Toad and Toadette image.

Just curious, but where do you find all these excellent quality images that you've been uploadin'? o:.--UM3000

Is the problem the two pages used for the sig or that it is a double subpage?

Well, Lindsay151, the block I was hit with is finally over. I've been thinking, and you should be a Sysop rather than just a Patroller, but I can't nominate you because I'm a common user (a user who is not an admin, just as common people are people who aren't royal or noble, seeing that i'm as British as roast beef). This calls for humorous hypnotism!

You have the qualities of a Sysop...

NINE-THOUSAND! people will come to you for help...

OK (Orl Korrect), you're not a Sysop just yet. But I can guarantee you will be, some day soon.

PLEASE DON'T THINK THE EDITS YOU MADE ARE PURE GOLD!!![edit]

I changed the page for Games because I need proof that Super Mario RPG: Legend of the Seven Stars wasn't released in PAL countries for the SNES. Not all your edits are pure gold. Pdjr9000 14:05, 28 July 2011 (EDT)

Is it overstepping my bounds, so to speak, to remove that insulting comment by Mariofan1222? Mario4Ever

How do I know when the proposal was passed? Mechanical Dirge (Talk • Cont)

Oh, he could also be Rudnick because he put somethin' about Italians on the SMK page and originally on his userpage he had a rant about Mario actually bein' Italian, so it could be him.--UM3000

I was wondering if you could get a better quality image of this Yoshi picture?

Can you upload better quality pictures of most of the MPDS artwork? o:.--UM3000

I was wondering if you can get any higher quality images of the New Super Mario Bros. Wii artwork, especially the Rocky Wrench and the Little Mouser? If u can do the rest I would like it, but if you don't want to that is OK with me. ALso this might be my last time asking you to get better quality images.

Is that all the artwork from NSMBW?

Could you please deal with Purifeda?[edit]

How do I remove one of my personal images? I know I can remove the "User:Zaimoon's Personal Image" label from the image page. Will it then be removed automatically?

OK, thank you for telling me.

I need help with makeing or adding userboxes to my userbox tower. Thanks! This is Greentoad.

[[7]]. They're on several other Wikis, including NIWA wikis. They advertise a poker site, but these spam accounts on MarioWiki aren't doing anything (yet). And yes, I'll stop putting those messages on talk pages. Dr.Wario ''Those who risk, win.'' 08:53, 5 September 2011 (EDT)

What will happen if I change the colors of Location Infobox? It's pink and black. If you know, please tell me. I don't want to take one more Warning. Mechanical Dirge (Talk • Cont) 13:27, 10 September 2011 (EDT)

How am I supposed to delete personal images? Also, may I point out I set those up as video game screenshots so others could use them, not just for my personal use. YOU set them up as personal images. Don't take this the wrong way, but it is kinda your fault. Why Bother (talk)

Thanks for the reminder. Remember, if it isn't worth reporting, it isn't worth looking at it at all. ~Signed, Dameon Smythe-Weston-Bathurst-Jones XXVII, ESQ.
The preceding unsigned comment was added by Aargh (talk).

Since the rumors are false, shouldn't the info be taken off Template:News?--UM3000

Why did you take off the delete template on File:007.jpg and File:Super Mario World Box.png? They're not on main space... PikaSamus (talk)