We have a few announcements. First, Gamefreak75 is now our Ad Salesman, and Baby Mario Bloops writes the Cooking Guide and Interview. Also, Hyper Guy and Luigi 128 are now bi-monthly.

If you want to join the Fake News, sign up here before Monday, December 21st. If you need to create a spot on the list, please make one. You can try out for Travel Guide and/or Fake Music. In the meantime, please get an account on the forum.

Come visit lovely Petal Meadows! We've got a freakish stalker, three hot chicks, and a big-ass dragon! Plus, you can see the sighs of lovely Shhwonk Fortress. There are lots of quizzical Thwomps! It's a great experience for the whole family, so come and get your vacation packages today, one week for four people at only $799.99!

SMB hasn't been able to turn in his sections yet. However, he explained why, and they'll be in soon.

This month's chef is the terrible great chef: Mrs. SAFFRON

Today, we are bringing a quite painful, but absolutely delicious, Roast Whacka Bump

Instead of the easy way, we will show you how to make the most tastiest way. You will need:

These leaves are full of magic pixie dust!

Eat it or smoke it, it doesn't matter!

You'll feel like that you have the ability to fly only to land flat on your face!

These leaves cost millions of coins, but why bother when you could go to your local dark alley and get them for a much cheaper price!

WARNING: Do not use around policemen.

Hello, 'Shroomers, this is your interviewer Baby Mario Bloops with your Fake Interview. This month, we are going to interview Petey Piranha and his translator! Let's begin, shall we...

Baby Mario Bloops: So, Petey Piranha, is it a hard life, always fighting against the famous Mario?

Translator: He says that it can be challenging, but far more things are worst!

Baby Mario Bloops: I see, so can you tell me those things that are worst?

Translator: What he is saying is that he's always has to spit out goop, and the fact that Bowser sends him out to icy places.

Baby Mario Bloops: So, would you say that you have a good relationship with Bowser?

Translator: Petey is trying to say: WHAT DO YOU THINK? BOWSER IS CHEAP AND LAME LEAVING ME AT SUCH A POOR SPOT, I NEED A PROMOTION!!!

Baby Mario Bloops: Okay, so then, what position do you want to be at?

Translator: My client is saying that he is reaching for final boss coming up soon, and that to once defeat Mario on his adventure, and oh yeah, (sniff).

Baby Mario Bloops: Wait a second, are you crying Petey?

Translator: I think he says that the thought of always being defeated be a overweight plumber puts tears of pain in his eyes, but I am unsure by his crying.

Baby Mario Bloops: Man, I feel for you, anything else to add.

Traslator: His exact words are: Mario, if you are watching, I will get my revenge on you, just wait!!!

Baby Mario Bloops: Thanks for your time, Petey Piranha and translator!! On that note, that's our interview for the month. See you next time!!!

Blue Team tops Red Team in Strikers All-Star Game
Today at The Wastelands, the Blue Team, made of Luigi, Wario, Bowser, and Yoshi, held off the Red Team, made of Mario, Waluigi, DK, and Daisy, 7-5. The Red Team was ahead 3-0 1:34 in thanks to a DK goal and a Mega Strike on which Kritter was unable to stop two of Mario's five shots. However, the Blue Team fought hard and equalized before the end of the half, taking 11 of the next 14 shots. Luigi scored twice and Wario also found the net during the last two minutes of the half.
The Blue Team took a 6-3 lead in the first two minutes of the second half as Bowser redirected a shot by Yoshi, DK tallied another goal, and Luigi completed the hat trick by going one for three on a Mega Strike. The Red Team was finally able to regain momentum, and Daisy and Waluigi scored goals by deking past Kritter. With just 11 seconds left, Yoshi put the icing on the cake by scoring a breakaway goal following an Egg Roll.
Following the game, Luigi said, "We played really well together, but it's time to get back to work. The season's far from over."

MON: Fire will take over Bowser Castle. On Rainbow Road, star bits will fall onto the track, making it hard to drive on.
TUE: The ice will melt at Sherbet Land and the sun will melt it's icy caves. DK Island will be flooded and will be evacuated before then.
WED: The sun will heat up Yoshi Island.
THU: The rain will postpone races on Mario Circuit.
FRI: The lava at DK Mountain will burn fences and some of the track.
SAT: The Tick-Tock Clock will stop because of heavy rain.
SUN: The Grumble Volcano racetrack will be destroyed by lava and fiery rain.

by Zero777 (talk) (with assistance from Baby Mario Bloops (talk))

Today's User Brawlers (with a special guest) will be:

They will fight in a limited 3-stock battle, with the twist of only five minutes to brawl. Thankful to them will be the Smash Ball, which will appear very commonly through the battle. The stage they compete on is a memory-filled deadly maze that Mario Wiki Users know as...Castle Bleck!!! 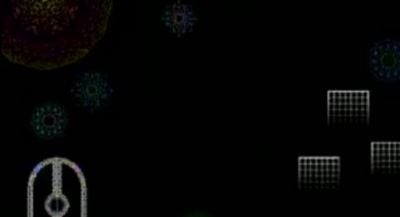 Time for the brawlers’ stats:

Let us get some dirt from each of our fighters' from their bios...

Zero777: The bounty hunter of the wiki; be careful of what you do or say when you cross paths with this cyborg he might use his geass to compel you to do anything to his will, so watch out or else he will call out checkmate on you.

Geno: The warrior from Star Road who serve a higher authority, don't make the cute wooden doll look fool you, he is anything then dolly, he will bring the punishment hard, REALLY hard with his mysterious powers.

Dry Paratroopa: Dry Paratroopa is really just a single Dry Paratroopa in its species. He has somehow gotten enough respect from his lord, Dry Bowser, to be his messenger, even though he is constantly taking over Dry Bowser's Castle while he's gone. He builds buddy Dry Bones and is a very skilled flyer. He also loves pelting you with bones.

Dimenshi Knight: As known by many user opponents as mysterious, creepy, and unknown, comes the one and own Dimenshi Knight! Dimenshi is able to even outlast the toughest competitors, advancing with skills and speed on his side. If you were his opponent, you would have to watch out for thy Dimenshi.

The music for this brawl will be:

Now it’s time for the Brawl!:

Here come the brawlers, on the far right side of the stage, a white star fighter just flew pass the stage, wait a second, that's the White Rose, then that means, it is Zero777 dropping in, and he is set on Sword Form. On the center-right of the stage, hey look a star entity is coming down and it's going inside that wooden doll, wait the doll is growing, the doll can now move, well that's no ordinary or not even a doll in the first place, it is Geno! On the center-left of the stage a pile of bones just came falling from the sky, now there reassembling into Dry Paratroopa! Last but not least, on the far left of the stage, a clear square just expanded and contracted leaving a ripple in the surrounding air and space, who did that warp right now, well it's no other then Dimenshi Knight!

3.... 2.... 1.... GO!! Zero777 uses Light Ray (standard) and it is going into a head on collision with Dimenshi Knight, with fast reflexes he uses Chaos Dash (standard) and he reflect them back to Zero777, but Zero777 uses The Bible (down) and it hits Geno. Dry Paratroopa being ignored uses Buddy Build (down) and it is now throwing those bones and everybody takes a bit of a beating. Geno gets up on the platforms and start abusing Geno Whirl (standard) everybody is getting hit. Zero777 and Dimenshi Knight run towards Geno, Geno releases one more Geno Whirl and gets on a higher level, it went over Zero777 and went to Dimenshi Knight, but he uses Chaos Dash again and it hits Zero777, this Geno Whirl gave Zero777 over 30% of damage. The smash ball just appeared, Geno charges Geno Flash (side), Dry Paratroopa uses Bonemerang (side) and it hits the smash ball dead on but it didn't break it, Dimenshi Knight uses Flame Spear to get the smash ball, as it's nearing to its target Zero777 uses Arm Reach Blast (side) on Dimenshi Knight and now he loses focus on Flame Spear, Flame Spear implodes giving massive damage to Dry Paratroopa and Geno, sending Dry Paratroopa to his first KO, but it also caused the smash ball to violently break, now Dimenshi Knight has the smash ball. Zero777 teleports to him by using Iron Rose (up), but it is too late, Dimenshi Knight activated his final smash Super Dimenshi, Super Dimenshi rams his gigantic fist into Zero777 launching him and causing him to violently crash into the wall. Zero777 is now getting fatigue and switches to Duo Form, he then uses Energy Wings (up) to get on the highest platform to avoid Super Dimenshi, but the platforms now have demonic grins and start moving side to side Zero777 missed the platform causing him to fall in a helpless animation. Geno uses his already charged up Geno Flash on Zero777 causing him to go high into the upper boundary but he is not dead, as Zero777 descend down to join the brawl Geno position himself under Zero777 and use Geno Blast (down) and caused Zero777 to go to his first KO.

SUDDEN DEATH... GO!! It is now down to a sudden death, Zero777 versus Dimenshi Knight, it is knight versus knight, Zero777 runs as far away as possible from Dimenshi Knight and charge up the Shadow Gun, it is now fully charged. Dimenshi Knight uses Flame Spear on Zero777 but Zero777 uses The Bible to reflect the attack doing nothing to him. Zero777 then uses Iron Rose to get up close grab Dimenshi Knight throws him into the other direction causing him to very violently bounce off the wall. When he comes to a stop Zero777 uses the Shadow Gun on him but didn't expect him to use Chaos Dash with a cat-like reflects, sending Zero777 to a KO, Zero777.... DEFEATED, GAME!!

Dimenshi Knight spins around in circles while floating and doing a crazy laugh.

Shopkeeper:Well, I got the shop ba-

Fawful: I HAVE FURY! FAWFUL WILL SPREAD YOUR DOOM ON THE SANDWICH OF DESTRUCTION!