Shrub Hubbub (Ex-tree-me Gardening in British English) is a General minigame found in Mario Party: Island Tour. The minigame is played on the Touch Screen, using the stylus.

A blue Toad brings up a large dishevelled shrub in a red pot, carrying it on what looks like a mobile table. After a short time, an isosceles triangle pattern, represented by dashed lines, appears on the plant's crown. Immediately after, a CPU-controlled cursor spawns on the screen, following the lines and cutting the plant along them. The introduction ends with the Toad moving the chopped plant further, preparing the screen for another plant.

The minigame is a match between at most four characters, each competing to cut the most shrubs. There are four rounds to be passed, with each featuring distinct patterns to follow on the plant; that is, the first round has the players chop the plant in a triangle shape, the second one in a quadrilateral shape, the third one in a pentagonal shape, and finally the fourth one in a hexagonal shape. However, the patterns may vary with each of the players' visit in the minigame - for instance, in the second round, the players can be prompted to form either a square, a trapezoid with its shorter base above the longer base, or a trapezoid with the shorter base under the longer one, with all of them having in common that they are quadrilateral polygons. Needless to say, all of the variations are shown below.

In order to perform a cut on the plant's crown, the players have to quickly move their stylus along the desired dashed line, starting and ending with its respective bounds. On the upper side of the Nintendo 3DS is a scoreboard presenting the progress of all the characters that participate in the minigame. At the end of the minigame, the ranking is estabilished in order from the player who passed all the rounds first to the player(s) who cut the least amount of shrubs. 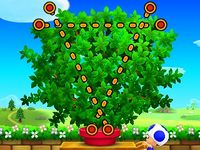 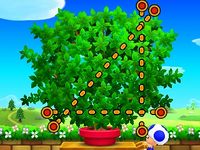 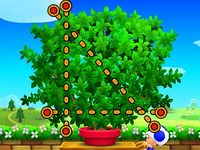 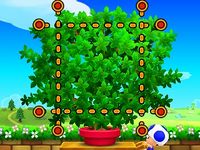 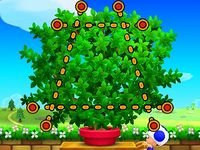 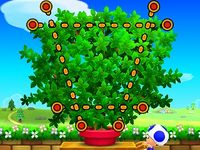 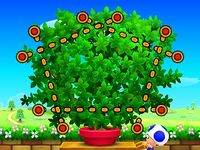 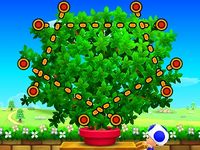 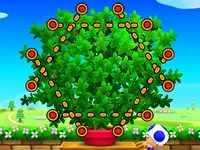 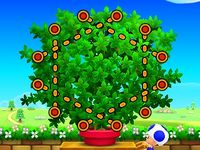