Yo! Feel free to say something!

OK Amigo. I am making a house for my on the laptop. I am using this [1] and editing it to be super awesome! It has a Fish Tank in it!

Thanks it is coming along very well. I can't wait to show it but it might take a while cause I am making it very big.

I read it! It is awesome.

100 headers?! I didn't realize that! Thanks for telling me!

uh,maybe a yoshi with sunglasses
The preceding unsigned comment was added by GEX (talk).

er, fine but make it green
The preceding unsigned comment was added by GEX (talk).

yes my real name is Esteban,and yours is Grant.Plus I have a pet dog.XD,but please just call me GEX.
The preceding unsigned comment was added by GEX (talk).

I have a surprise for you.Ta-daah! a mini-toad 100px GEX

yeah I saw good job from the story.I give it 8 G (GEX) points.
The preceding unsigned comment was added by GEX (talk).

Even I give you a prise.

what does it mean I adhere rules or I will get blocked. here man 100px

sure you can be in the story Gexzilla unleashed

It's in there the 11 bullet

Ok by the way you lost the game Goomba's Shoe15 (talk)

HI! Since you said you like boygeys, Wanna be friends? :)

Teh code is also on my userpage.

Hey! I see Chapter 1 has been made. I like it. Am I still the final boss though?

Heh heh, I AM EVIL!!!- Er I mean like said above, the story is really cool.

Oh look at that, it's Chapter One. You, UM, and MBU are the main protagonists, I see?

THe story is awesome!

You don't have to be sorry, I thought it was pretty funny. I'm just glad I'm in the story. Great job.

BTW you should join Userpedia which is a user-based wiki in which you can make articles on users and make your own fan-fictions (like the one your making now, that would be good to publish on Userpedia).--UM3000

Well it also says, "contact an administrator in the Chatroom." So you could simply do that. :P.--UM3000

Hey Mario Bros.! I see you have a club. Can I join it?

That's it. Your so-called "Club M" counts as piracy. You have gone too far man. This concept of yours is almost exactly the same as mine which makes me enraged as you're ripping off other peoples' ideas which means you have the lack of creativeness to make something that's almost the exact same as something else. >:[.--UM3000

I agree with Goomba's Shoe. And BTW, ya know my service is still on-going, right? I'm just giving it to the 4 people I think liked my ol' gifts the most.:/--UM3000

I said already that my service is still on-going. Aren't you listening? You're not really continuing it as it's already still in service.--UM3000

Well, since I'll reopen the business not to just 4 people, but to all my friends, I don't think so. Cuz you're not continuing it if I'm still running my fair business.;)--UM3000

I agree with Goomba's Shoe15.

Sorry I didn't answer back! I'm focusing to keep my user talk edits down and creating DKCR enemies. I'll be your friend and uhh sure I'll be in your story. Can I be a partner?

Hey Mario Bros.! Would you like to be in my new story Supremo's Adventure?.

Does that mean you want to transform into him at times?

That's fine. I still want to keep the Shaman though :)

That would be cool. You could do a shop or something like that also instead if you wanted too.

Now that you opened your shop, can I join it?

I'll try to do both.

Ok. I try to keep my mainspace edits above 51%, so it may take awhile. But I'll start working on it.

What? SFM said he'd battle Ice Luigi. Why was that part cacelled?

okay, but why was the Ice Luigi battle cancelled?.............Can we still be friends?
The preceding unsigned comment was added by KoopaMan (talk).

Yeah, Like I would add to my new story when it's done.
The preceding unsigned comment was added by KoopaMan (talk).

Thanks. Here is my userbox: |-

Please adjust your signature to fit inside the sigbox it's currently too long...

Just an idea, I was looking for pictures of the game Mario Bros., and found this header that you could use for your userpage. here

Hey want to be freinds?

It states that he would NOT feel bad.

@KoopaMan Actually, I just wanted to know why you were talking about me.

I thought you said you wanted to be Mario but you could turn into a Dry Bones.

Oh I'm sorry I forgot. Let me fix the chapter.

Ok. I tried to find a picture of a Blue Koopa, but I couldn't. But you will have a picture in the story.

Could I use that picture in the story for you?

Like Xzelion said above, you also need to adjust your sig.

The Luigi head is still sticking out though...

OK, thanks for the heads up, i fixed it.

I Redid That Recolor

I found myself a way of recoloring stuff black (while still retaining the original shading), so I went back and re-did the Paper Flying Mario for you. How do you like it?

What controller do you use?

I use the wii wheel.

I know right? Dark Star Core is way harder than Dark Bowser; I barely lose any HP to Dark Bowser. I failed like 10 times already :P

Have you ever thought about joining this?

Well, I joined Userpedia in the middle of that and I'm doing stuff on there, and I didn't want to delay it for a few months. Also, I'm busy with my family in summer, and I'm posting on the forums, so I just felt it was right to cancel it. Oh, and my sig is fixed now.

In this edit, you removed your comment from another user's talk page. Just so you know, you aren't allowed to remove comments, even if they are yours. Instead, you should put <s> and </s> before and after a comment to cross it out but keep it there for historical reference. I don't want you to feel bad for doing something wrong; I just want you to know what to do and what not to do.

Is your last name "Swenson"?

I'm a little bit mad at you for kind of copying the chapter 1 of my canceled Story, Supremo's Adventure..

Well, I may be a little too sensitive, but you used the same picture of the letter, and kind of the same type of format. But now that I think about it, I'm not even really mad anymore. Ah I'm so stupid.. :P

good and I have already collected 100 power stars in Super Mario 64 DS.

oh,and I forgot to give you this

i could be a final boss! 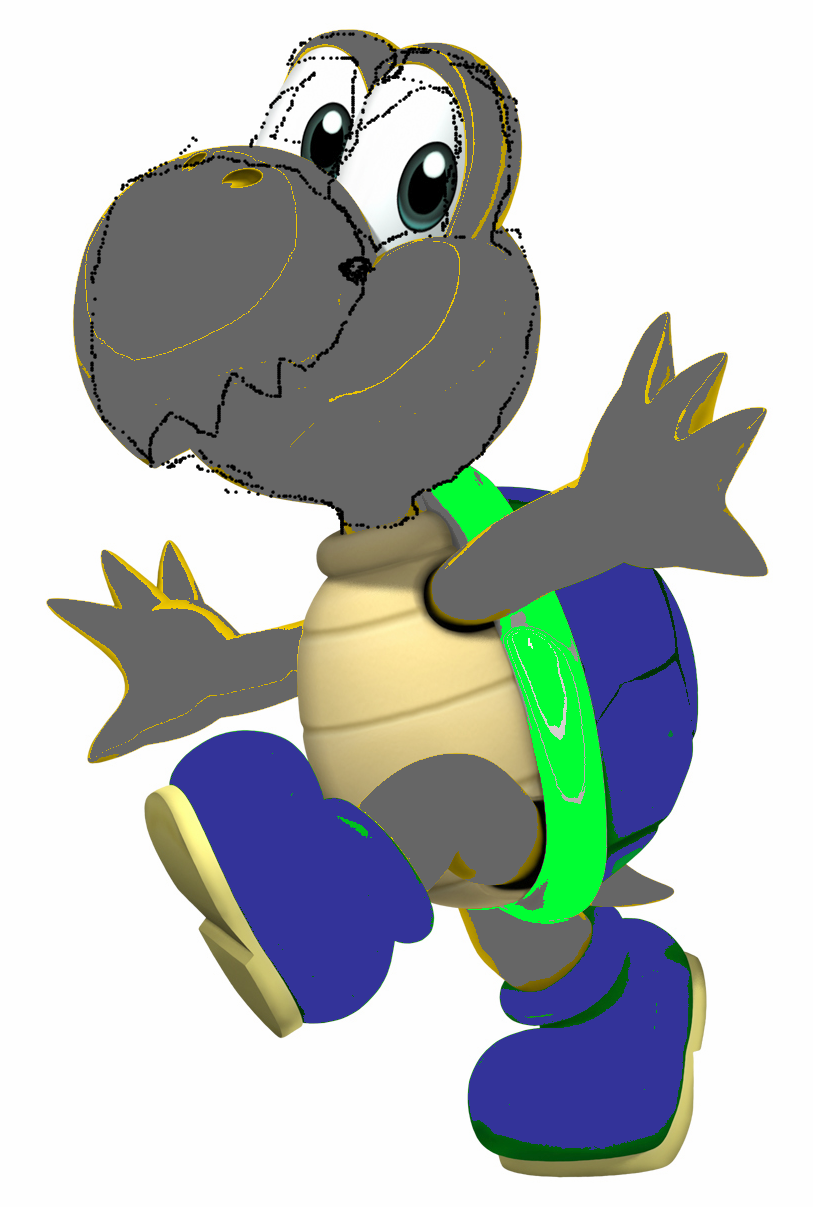 The preceding unsigned comment was added by Jblittle (talk). I want to be a final boss,too. 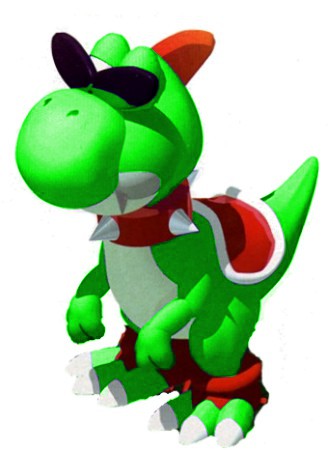 It's you license plate number for your mii Goomba's Shoe15 (talk)