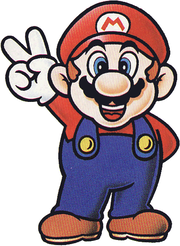 Please do not remove any reminders or warnings from your talk page. Thank you. Time Questions 14:41, 1 April 2010 (EDT)

Re: Mario and the Incredible Rescue[edit]

Yes, I do have it. But unfortunately, I can't scan the pages or anything. I don't have those kinds of tools. Sorry. If you have questions about the book, though, I can answer them. Fawfulfury65

Do you want to be friends?

Could i have yours?

Can I be your friend?[edit]

I'd like to be your friend, but i am confused about the whole friend box thing

Ok. First, comments at the bottom of the page, but here is good.

Now, the userbox. If you write this in your userpage, my userbox will appear.

REMEMBER: You need to write this inside the userbox tower! --Mario Fan 123 - Mario's craazy fan!

Ok but now how do I make my own box. And also, I put your box on my page, so after I am done making mine, I will give it to you

Well, how about this one? If you don't like it, I can change it for you.

Nice! I like it thanks!You should put it in your Userbox Tower

Hi, nice to meet someone new. I couldn't help but notice your PI, and I think it looks really good. Even though you can tell it's been altered, I like the way it looks. You did a good job.

No probs. When I see something I really like (and depending on who does it, not often) I make sure to give it notice.

How do you show whos online on your page?

Put this in your page:

Of course you can sign up! The next thing you have to do is create a forum account if you don't have one, and then PM me a demo of your section would look :) --

You put the user box right below the text.

umm well...Ok um, So you put text, then DIRECTLY below you put your tower, no space below before the tower, DIRECTLY below. If that does not work I dont know. Sorry.

Oh wait, I got it all wrong, you put the text directly BELOW the tower.

I think I got it wrong again! No what, just go to view scource on my page and youll see how.

Sorry, but that was the easy way. The otehr one is an interview via forum PM, and then the demo. --

I am Zero! Thanks for the FC, but I'm not at my house or will be there for a few days or so, so when I can get to my Wii I'll tell you. Zero signing out. Zero777 (talk)

Hi! Im back! My bro, and fuzzipede got me unblocked! Thanks for trying to get me unblocked too. I saw your message on RAP,s page. Anyways just wanted to tell you Im back:)

The template wasn't there when I added the comment. --Mario Fan 123 - Mario's craazy fan!

Sure, we can be friends! It's nice getting more aquainted with people on this wiki, seeing as I registered only a few weeks ago. You can take my userbox from my userpage!
Young M. Luma

Could you please take the new version of my userbox? I had miscolored a word. ´~´ It's on my userpage, once again.
Young M. Luma

Can we be friends?I'll give you my userbox as soon as I make it. Smasher 101 (talk)

Fine, we can be friends! My userbox can be found at my userpage. Ah, and here is my signature! Cool, huh? --Mario Fan 123 - Mario's craazy fan!

Not bad...But let's go with this one:

Can I be friends with you too?--KayKay

Oh thanks this is my userbox:

Well, this is an odd situation. Sorry for not getting back to you, I'm pretty inactive here . I see you went ahead and did the comic anyway and there's conflict going on about it. I don't mind the comic being there, as long as it's clearly stated it's a fan comic. Paper Jorge ( Talk·Contributions)·

Hi Mario Fan 123, I've just had my username changed to Lilkaykaygal, which means I needed to update my userbox to this: |-

Sorry for your inconvenience. From: KayKay

Yes, sure! My userbox:

I undid the edit because the content he added belongs on the Really Gnawty article. The fact that "Really Gnawty" is a pun on "really naughty" does nothing with the separate boss, Very Gnawty. Fawfulfury65

Thank you so much for playing my-a game.--User:UltraMario3000

Well no.I was tryin to say thanks for being my friend in a Mario way.--User:UltraMario3000

Sorry if it bothered you.T_T--User:UltraMario3000

Your ban will expire in two weeks.

Ralphfan, please don't do this, if we have to let him know he's banned, we will but you don't have to rub it in on purpose just to get a reaction out of him. Please leave the operation of the chatroom, and its bans to the ops. Marioguy1 (talk)

Wanna Be friends? Here's a userbox:

Are you an experienced user?[edit]

Actually, when I mean an experienced user, I mean a user who has a higher level. For example, an Administrator. You can view at list of all of them here. But to be autoconfirmed, you also need to make at least 10 edits and stay a week at the wiki. I hope this will help you!--Mario Fan 123 - Mario's craazy fan!

Well, not THAT much. In fact, I like playing as Silver in Mario & Sonic at the Olympic Winter Games. --Mario Fan 123 - Mario's craazy fan!

Hey MF! Congrats on getting the first message, I don't appear to need any help now but if I do, I'll be sure to contact you. However I am trying to think of a good name for my ninth archive - so far I'm thinking Friends Make the World Go Round. Marioguy1 (talk)

Hello Mario Fan 123! Can you help me with color codes with my signature? I did all the steps in signature help and it's not working. Could you help me?

Don't worry, this is the last time you'll see me[edit]

New issue = new section. This is for issue XLVI --

I thought phone numbers that began in 555 didn't work. Anyways, it's a fake number :p Fawfulfury65

Please don't be consider, the spammer i blocked added some Rick Roll video.

My Birthday Gift to You[edit]

Wanna be my friend?--

Of course! Be sure to take my userbox from my userpage. --Mario Fan 123 - Mario's craazy fan!

This section is written in Portuguese.

I am currently adiosToreador on the forums. --FREAK ~Game

I love Mario and toad! You seem like a good person, so wanna be friends,|-

I don't know why Nintendo choosed to go down from 64-bits to 32-bits. SWFlash

Also at GCN, it has Gekko CPU for a reason.

Gekko is a 32-bit PowerPC microprocessor custom made by IBM in 2000 for Nintendo to use as the CPU in their sixth generation game console, the Nintendo GameCube.

Hey, I'm Phantom Bowser. I just signed on today so I have no Idea how to do anything on the site. But I am learning. Anyway, you want to be friends? I need 'em! I dont have a talk page yet but my email is as follows- marioguy1990@hotmail.com Thanks-Phantom Bowser

The only joke here is you me. I am still adiosToreador on the forums. --FREAK ~Game

The one who was drawn on it. SWFlash

All of them are at the bottom of the page. SWFlash

By the way your gallery is so funny. I like funny galleries.--

Want to be friends?

Your original edit made Game Boy have a link, while the other consoles did not. Then, when you undid my edit, the table took up close to a quarter of the page. Trust me, it's better like this. Mario4Ever (talk)

I took off the links for consoles, the table doesn't take up a quarter of the page. --Mario Fan 123 - Mario's craazy fan!

You should know that it's clearly saying in the top of the page to NOT add things without sources. And he kept undoing it... More like a spammer. The user uploaded a fake pic that probally was edited by him/her/it. --Mario Fan 123 - Mario's craazy fan!

I don't see anything wrong in it, but you're being rude to the newbies!.

It's all I wanted to say. Also:

that probally was edited by him/her/it???.

Still the same ol' adiosToreador on the forums. --FREAK ~Game

You can't edit a vote that includes changing, don't do it again. Goomba's Shoe15 (talk)

Ok, ok. I was trying to help, but I was sure that vote was a mistake. At least the section it was included was a mistake, but I'll stop. --Mario Fan 123 - Mario's craazy fan!

Send it to apocalypseArisen. --FREAK ~Game

I got a new userbox if you want to change it. It's on my userpage. New Super Mario

On Userpedia, New Sherlock Mario Book 2 has ended, and I was wondering if I can use you in Book 3? New Super Mario

This will give you plenty of time before the awards ceremony. I am still apocalypseArisen on the forums. --FREAK ~Game

Now's not the time to freak out[edit]

Just a heads-up -- the picture that you attempted to change on the infobox for the Metal Mario (character) article -- there's actually two criteria that must be met. First for an artwork to be acceptable for use in a character infobox, there should usually be NO items and such alongside that character. Second, as Bop1996 pointed out, if that picture did meet that criteria, it's still best to wait until after the said game has been released, regardless of region. Hope this helps clarify everything. Take care! --M. C. - "Mario Gals" Fan! User Page | Talk Page 20:26, 21 October 2011 (EDT) 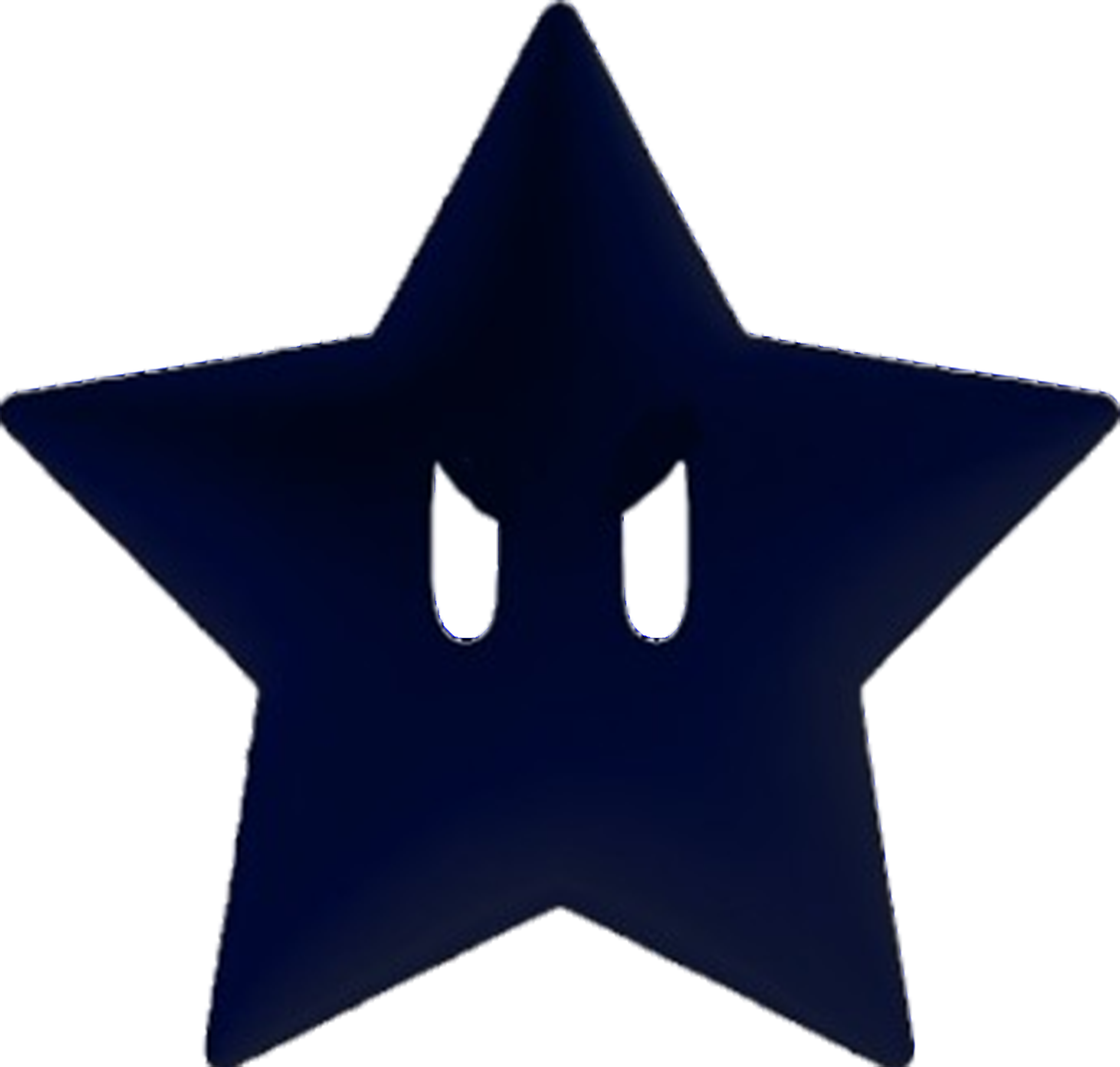 ^How do I put that as my icon?

Hi, i'm User:SombreroGuy, want to be my friend? if you do, copy my user box.Are you brazilian?

Where is this image from?[edit]