Great job on the SMB article! It was fantastic - you improved it so much, keep up the good work XD Marioguy1 (talk)

Just to let you know who removed it, Tucayo did, and he simply sayed no as a reason. Hello, I'm Time Turner.

Im a little confused on your vote you say she is from the Mushroom world which would qualify her as a human but you voted to call her an alien why? Goomba's Shoe15 (talk)

But thats not how the wiki defines an alien heres the definition: Aliens are creatures from outer space, or otherwise not originally from Mushroom World or Earth if shes from the mushroom world than she cant be an alien Goomba's Shoe15 (talk)

Meant to address this to you when I saw your summary of the edit you did to the Metal Mario (character) page - that is the problem. The first criteria is that for an artwork to be acceptable for use in a character infobox, there should usually be NO items and such alongside that character. Second, as Bop1996 pointed out, if that picture did meet that criteria, it's still best to wait until after the said game has been released, regardless of region. Hope this helps clarify your concern. --M. C. - "Mario Gals" Fan! User Page | Talk Page 20:24, 21 October 2011 (EDT)

Hello Byllant. I apologize about my late reply. I've been busy with school stuff and I haven't been active on the wiki lately. About the new Mario Series logo, I just edited the tail out of the beta logo of Super Mario 3D Land. I felt that it was necessary because the logo needed an update from the SM64 style logo, and it is a good example of the logo used in newer games such as the Mario Galaxy series

I can do the Retro Tracks, actually, I've already done them months ago.
I just didn't feel like Uploading them here, because they already had a Map.
Also, Wii Coconut Mall was a hell to make it look decently, because of the Coin Indicator and Lap Counter being in the way.

As for cropping it and removing the backgrounds, that's more work than you might expect, actually.

Uh just in case you didn't know already: My Wikia Account. Well it's good you go to NIWA like I do. :) And also I guess I can remove my oppose vote. I don't patrol recent changes on this wiki as much anymore. LightningBlue

No problem, but how many do you want?

Sorry for not responding for a while, I have nearly no Internet around here.
If you still want it, I'll do that tomorrow.

Finally, I did it.
Good luck.

Due to the abuse and edit confits of article infoboxes. One of the admins i discuss state the change, we use the suitable latest art of the latest recent game. User may decide on a talkpage proposal to change a exist new character art.

As for question about the similar images comment, the admins decides keep it due to different of between the similar artworks as the new version has shaded and render change compare to the older artwork. Very sorry for the late reply. 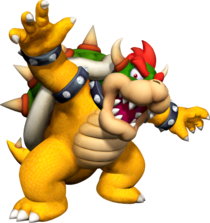 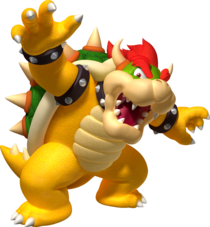 Waiting until the release date to update the image is also being consistent with how we wait to update the "latest appearance" line of the infobox, as per this proposal. It'd be confusing if the image was updated but the info was not, and as Lindsay said, could lead to edit war-like situations as different people try to update or restore the infobox. It's easier just to wait.
-
Also, just to let you know, the manner in which you demanded some written proof that Lindsay was doing her job and upholding policy, and not just abusing her power, was kinda rude. Unfortunately, there are a few of rules-of-thumb around the wiki that are not written down, but which are still accepted and enforced by the community, and admins generally know what they're doing when it comes to that sorta thing (and as stated in the courtesy policy, if there is a problem, we'll handle it internally). Obviously no one can be expected to know all the policies and idiosyncrasies of the wiki off the top of their head, but next time, please don't be so confrontational next time you ask for clarification.
-
- Walkazo 20:12, 16 November 2012 (EST)

Hi. I think they are unique, because unlike those kinds of the F.S. Blocks, they allow Wario to pass through the underside of them. Normal Frog Blocks don't allow him to do this, so these kinds are unique because that is the only time that they are seen in the game.

Oh gee, it's been a long while since those names were put on the article. I don't remember where I saw the names, but now I can assume that it wasn't official information. Yes, the names of the moves should be changed according to what the manual refers them to. I own the Japanese guide for the game, and I can confirm that a list of moves are mentioned there. But the problem is, I can't read it. Though if necessary I could ask someone I know to translate it.

Apologies for the delayed response. I've just read through the article: content wise it looks in pretty good shape. Though, FAs aren't really my thing, so perhaps ask for a second opinion.

I saw your comment "Making clear which English this page is using, i suggest not to romve it." What I should have done, which I have now done, is change "North American" to "Canadian". "English Canadian" doesn't sound right. Since I created this page, it is my responsibility to correct this incorrect grammar. By looking at the script it is obvious it is written in English. Therefore there is no need to include "English". If it was originally in French then I would have added "Translated from French".

I wasn't aware that those Smash symbols were fanmade.

I've seen your edit. You should properly source your information, especially for upcoming games just for the sake of quality control.

Ah, I see. I know you were most likely adding valid information but you just need to confirm it by attaching a source or else someone might think the wiki is making stuff up.

Hello Byllant! Your talk page proposal to rename the Mario (franchise) page has passed. I have temporarily lowered the page's protection settings, so as to allow you to move the page to its new title. Please do so at your earliest convenience. Thank you.

Hello, I reversed your edit for Super Mario (series), and did so for a number of reasons. First of all, while I prefer to have main-series artwork, some enemies lack high-quality main-series artwork. This was especially apparent with the dismal quality of the Dry Bones image you used. As for the multiple images, that's primarily for when a section covers multiple, related enemies, like with the Octo-Army and Topmen, with others being for radically different alternate designs so new users that, say, only ever played Super Mario Sunshine would know what to look for. And that section isn't the only section with multiple images; note Yellow and Blue Toad above. Please keep it the way it is for now, OK? At the very least, discuss first, and come to a certain conclusion.Doc von Schmeltwick (talk) 20:39, 13 September 2017 (EDT)

I take issue with much of what you say there, saying I'm contradicting myself.
FIRST: The Chain Chomp's Mario Party-e artwork is great, the Mario Party 8 artwork is worse an artwork than Hotel Mario is a game. Also, I intended that to be the giant-sized Chain Chomp, like from 64.
SECOND: Paratroopa has SMRPG artwork because that is the only 3D artwork of a quadrupedal Paratroopa. Pink Shy Guy used Mario Party artwork because that's the only 3D artwork of a Pink Shy Guy. Use common sense and logic, backed by actual research here!
THIRD: Do I even need to say it on Hammer Bro? They tend to come in pairs, it makes sense that there's two.
FOURTH: SM64 and modern Goomba only look different for polygon amount differences.
FIFTH: No, Blue and Yellow Toads shouldn't be re-split, they have no distinct traits nor personalities. They are, for all intents and purposes, the exact same character, and having them split is wasted space.
SIXTH: I told you to bring this up on the talk page before making large formatting changes. But you didn't. Tsk tsk.

It is very much necessary, per good writing, to mention all details that may be important. The reason I didn't but the Star Fox ones down is that I don't play from that franchise, and as such, I had no knowledge of it, and was counting on other people to come through with franchises like that. As for Ridley, I had asked a friend and corroborated on TSR. (Also lul, I was pushy back in September.) Doc von Schmeltwick (talk) 02:22, 26 June 2018 (EDT)

Thank you for uploading those Mario Kart Tour renders, but could you provide a more specific source than just "Twitter"?