From the Super Mario Wiki, the Mario encyclopedia
< The 'Shroom:Issue 120
Jump to navigationJump to search 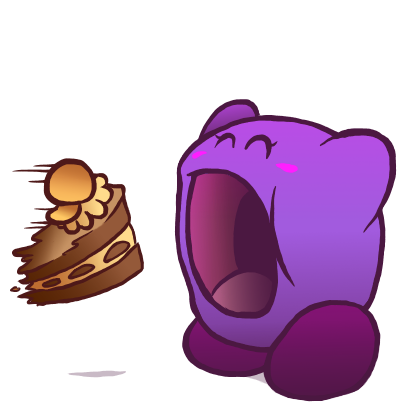 Greetings, all! Anyone having fun with their Switch? I know I for sure am.

We are still hurting for writers here, but I have some news for you! We are reopening old sections such as "What's on the Box?" and "Featured Sprite" to Nintendo-created art again! For the past year or two, we've restricted these sections to being exclusively for fan art, but now you can apply to write these sections with artwork that wasn't fan-created. If you're interested in writing one of these sections, send a PM to Henry Tucayo Clay (talk) with the official application filled out and a demo of your section, and we will begin your application process! We're willing to work with your schedule. And as always, if you'd like to submit some fanart to be featured, send me a PM with your art, and I will put it in the next issue to be featured!

Additionally, with the opening announcement of the old sections, I would like to welcome Yoshi876 (talk) back to "What's on the Box?" Please do give him a read!

Consider the possibilities of writing for us while you read over this month's issue! ~FunkyK38

Greetings, everyone! Our winner for Section of the Month from last month's issue is Yoshi876 (talk) for his update on fan projects in the community! Congratulations! Thank you everyone for voting, and please keep it up for next month! 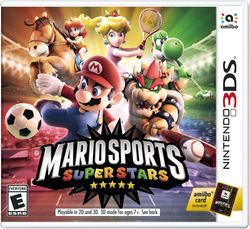 No readers, you aren't imagining things. I have returned with this section, as Palette Swap has reopened to Mario themed sections. And personally, I'm glad to be back, I loved writing this section, looking at the boxarts of games and wondering why exactly they were designed in the way they were, and hopefully you guys did as well. This is not to say that the fan version of this section has been retired. The Pyro Guy (talk) did an excellent job writing that section, and if you think you can replicate his success, then I encourage you to apply, as I only plan on working with the Mario boxarts

Those of you who remember this section back when I wrote it know that whenever a new Mario games was released, I'd always cover its boxart. And if you've looked to the right, you'll know that I am continuing that trend. Sadly, because of this trend I've noticed despite having written the section nineteen times, I didn't cover various consoles, but in the coming months I will make sure to rectify that issue. Anyway, enough of my waffle, today we are going to be covering the North American boxart for Mario Sports Superstars.

The boxart features five characters: Mario, Bowser, Yoshi, Princess Peach, and [[Princess Daisy competing in the five playable sports in the game: football (soccer), baseball, golf, tennis, and horse riding respectively. Interestingly, only three out of the five characters have their traditional team colour behind them, Mario has red, Yoshi has green, and Daisy has orange. Both Bowser and Princess Peach have different colours, and whilst this is understandable for Bowser as red and orange would generally be associated with him, and those colours were unavailable, I do wonder why Princess Peach has yellow instead of pink, especially since I don't think the colour would clash too much with the other colours. Perhaps it's because the developers wanted the boxart to be more gritty, and pink doesn't really have a place in a gritty world, arguably yellow doesn't either, but it is a darker shade of yellow.

And yes, this boxart is gritty. It's quite a dark boxart, even the normal joyful colours of the Mario series, featured at the bottom, are darker than they usually are, and four out of the five characters featured on the boxart are clearly angry, the only one who isn't is Daisy, but her horse is certainly grumpy. I mean, come on now Yoshi, you're only hitting a golf ball, not throwing another egg at Burt the Bashful here, look a bit more jolly. It feels like the boxart is taking some inspiration from the Mario Strikers series, especially as all the characters on those boxarts look annoyed.

There's not much left to point out. The field underneath the character is a football (soccer) one, which makes sense seeing as Mario is the star of the series, and that's the sport that he is playing. The amiibo functionality is featured on the boxart, the only other thing to go into detail on is the logo. As aforementioned, the colours used on the Superstars portion is darker than what it usually is, but other than that there's not much to point. The main thing I'd like to point out is the spikes surrounding the logo. These could the spikes on Bowser's shell, or it could be a subtle reference to Super Mario Spikers, a volleyball game likely to be as gritty as what this boxart makes Sports Superstars out to be. The main flaw in this theory, however, is the fact that the game wasn't developed by Next Level Games, but who knows, maybe Bandai Namco wanted to pay homage to that.

Hello guys, welcome to the Ongoing Fan Projects. Thank you so much for choosing this as your Section of the Month last month, but sadly I don't think I'll be able to replicate that as we've had a slow month artwork wise. Luckily though it hasn't been as slow as that time where this table only consisted of one entry.


HI, readers! I'm your intuitive Statistics Manager, Tucayo, here with the March edition of Take Cover! I urge everyone reading this section to join Palette Swap; the team has so much potential and it's heartbreaking to see we're currently at two sections. Please take a look at our Sign Up page and check out the sections, or you can even propose your own! Anything art and music-related is more than welcome.

It's been a couple of months since we last had a cover performed by multiple artists, so it's time for another one! This time is Eric Clapton's emotional Tears in Heaven recorded as a charity single for the victims of the 2004 earthquake and tsunami in Southeast Asia. As you may know, Clapton co-wrote and recorded this song after his 4-year-old son had a fatal accident, so it's safe to say no version can match the emotiveness of Clapton's version. He stopped playing the song for almost ten years so as not to have those feelings come back; he reintroduced the song in 2013, from a "more detached point of view". So, even if our cover version carries a lot of emotional weight because of its context, you can see the original version is even more emotional for the man who wrote it. The version I'm showing you here was recorded in 2005, in an effort organized by Ozzy and Sharon Osbourne; the recording includes Sir Elton John, Rod Stewart, Mary J. Blige, Steven Tyler, Slash, Ozzy, Kelly Osbourne, Andrea Bocelli, George Michael, Josh Groban, and more. Definitely a good ensemble of artists. To wrap, we have a tune in line with the "3D Mario games" theme that was mentioned in our last issue. I have selected a medley from none other than the first Mario 3D platformer, and the first Mario game I owned, Super Mario 64! There are two particular medleys I love, one is orchestral and the other is a rock medley; both are fantastic but I decided to go for the latter since it includes many more songs and the game has such a great soundtrack. This cover was made by New Game Plus, who have some other fantastic covers. This particular medley includes the following songs: the Princess's Secret Slide theme, Inside the Castle Walls from Peach's castle, the music from Big Boo's Merry-Go-Round, the theme from Dire, Dire Docks, the Metal Mario theme, the main menu theme, Cool, Cool Mountain's theme, Bob-omb Battlefield's theme, Bowser's theme, the infamous endless stairs music, the final battle theme, and it closes off with Piranha Plant's Lullaby. To me, the only song missing was my personal favorite, Staff Roll, but luckily the orchestral cover I mentioned earlier does include it, so go give it a listen!

I am sorry I could only feature two covers this month, but I was so pressed for time I could barely get these two done! I hope April will let me bring you your regular dose of covers, but in the meantime why not listen to what possibly has been the most talked-about cover of the past month, Ariana Grande and John Legend's take on the classic Beauty and the Beast from the eponymous Disney classic. Enjoy.