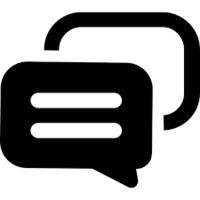 Hello! Welcome to my Talk Page!

Hi. Good job on your recent edits. Just remember that when naming game titles, we always write in italics. In case you didn't know, the formatting is done by simply adding two apostrophes before and after the name (e.g. ''[[New Super Mario Bros.]]'' → New Super Mario Bros.)

Hey, just letting you know that you should not include the construction template on your user page, as including it will list your page under Category:Articles under construction which is meant for mainspace articles. If you wish to use the template, please copy the source coding from {{construction}}. Thanks.

Also, if you want to see how your edit looks without finalizing the page, click "Show preview". This will let you see your change without saving, so you can safe everything in one edit and not flood the recent changes with several edits to one page, like your user page.

Hola. Just a suggestion, but I think you should remove the thumb parameter in your userbox images. Have a look at one of my userboxes for an example. Not ordering you or anything, but I think it would look a lot better.

Wow. Thank you! It looks a lot better now.

RE: Names in other languages[edit]

We already have the flag of Spain, File:Flag of Spain.png. File:SpainFlag.png will be deleted. --Wildgoosespeeder (talk) (Stats - Contribs) 23:35, 1 September 2017 (EDT)

Ok. I've changed the image of the userbox.

He appears to be using the mobile version, which doesn't have this feature.

Oops. I have never used the mobile version before. --

You need to change your current signature. Users are allowed only one signature page.

I would like to see a picture of the "golden" note block, as the description of a "pink" note block was incorrect (they were clearly orange in both the original and in the SNES version). Doc von Schmeltwick (talk) 17:27, 12 September 2017 (EDT)

Honestly looks about the same to me, with the only difference being the standard "GBA remake has less saturation" thing going on. Doc von Schmeltwick (talk) 14:05, 13 September 2017 (EDT)

Just letting you know that your Invincible Category proposal hasn't actually ended, it still has one more day. Also, the votes are not in the favor, so it wouldn't be marked as pass at the moment.

I decided to end it, do I need to wait one more day?

Okay, I can cancel it for you. Just a reminder, you can't cancel a proposal you've created after three days has passed. After which, you have to contact a staff member.

Thank you. I'll take care of that the next time.

Whoop, actually I can't do that. You have a good reason other than just "I want it to end". Best just let it play out.

Honestly, I have no other reason, so, I'll just wait. Is the same thing if that's done later.

Another thing, you have helped me a lot, and I am very grateful about that. So, do you want to be friends? Maybe I can help you on something later!

Nice! So, here's the userbox!

Just remove the thumb thing, I forgot that.

Added. And fixed this problem, too :)

My status template, User:Alex95/status, is used on my main and talk page. If you want to create one, you would do so at User:LED42/status. More info here.

Hey, would you like to be friends with me? I just created my own friend userbox.

Wow. I am surprised. Of course! You can take the code from my page.

Hey, just so you know, the foreign names listed under "names in other languages" sections must be officially from Nintendo. Mario & Wario was only released in Japan, so I reverted the Spanish name you've added to Star. In the future, please be sure that the names you add are official - in the past, we've had a lot of fan-translations on the wiki (and probably still do), but our goal is to keep it only official. LinkTheLefty (talk) 11:30, 11 October 2017 (EDT)

I see your point. Don't worry, I'll be sure to add official names the next time.

First of all, I know TheFlameChomp (talk) told you that Lord Bowser (talk) was going to build the remaining SMB3 articles, but he has since abandoned the project, so no worries there.

Regarding the level article you're making, it's looking good so far! I noticed a few things are missing, so why don't you take a look at a different level, say World 1-1 (Super Mario Bros. 3), and see what you can add or correct.

Good idea! I'll check that page. Yes, I asked him and said me the same thing. Thank you! :)

What are you using to take screenshots? They are turning out blurry. If you are using an emulator regardless, maybe there is wrong setting being used or something. If it isn't an emulator and is the Virtual Console or something, I suggest trying out some emulators. GBA screenshots should be 240x160. Don't resize the screenshots in an image editor. That won't help. --Wildgoosespeeder (talk) (Stats - Contribs) 22:35, 12 October 2017 (EDT)

I'm using my phone where I have a Game Boy Player version, since I don't own a GBA. I simply take a screenshot, and remove the unnecessary parts of it. That's the reason of those images being of that size. Sorry for any inconvenience, but that's all I can do right now.

Had a feeling mobile but Game Boy Player? Emulator from the App Store or Google Play? Are you using the mobile's screenshot taker (equivalent to prtscr key on a Windows computer)? See if the emulator has a screenshot feature. --Wildgoosespeeder (talk) (Stats - Contribs) 00:36, 13 October 2017 (EDT)

Yes, I'm using the screenshot taker of the mobile. The emulator is from the Windows Phone Store, and no, I checked everywhere in the emulator and it doesn't have a screenshot feature. The only things are the D-Pad settings and Camera settings (which is used to speed up the game, instead of screenshots).

Alright. For right now, tag your uploads with {{image-quality}}. You can insert this in the description right before clicking upload in Special:Upload. I'll try to get back to it or someone else will. --Wildgoosespeeder (talk) (Stats - Contribs) 15:04, 13 October 2017 (EDT)

Somewhat related but pay attention to my tweaks for future article creation, from World 3-Airship (Super Mario Bros. 3) for example. For the infobox image, I put in a safeguard to prevent from embedding the entire image, just in case someone uploads something bigger than 256px, like double or triple or larger than those sizes, even though the image is 256x224 and already at the best quality possible right now. I did insert 256px, but that's because that is the width of a SNES game screen. Adjust accordingly, like 160px for Game Boy and Game Boy Color games being 160x144 for a different game system example. I moved the screenshots to the left instead of having them float right and used {{br}}. --Wildgoosespeeder (talk) (Stats - Contribs) 17:37, 14 October 2017 (EDT)

For some reason, everything looked good, maybe because I'm using the mobile version and everything is on the center but, yes, I noticed that the images in my user page were on the right in the desktop version. I'll take care of that the next time.

Just thought of it but see if you can use RetroArch. It is multi-platform and uses the emulators I recommend as "cores". It even has the PNG screenshot feature. Haven't figured out how to not capture the contents of the Android screen but rather internal resolution of the system being emulated. --Wildgoosespeeder (talk) (Stats - Contribs) 08:13, 11 November 2017 (EST)

, you can just use

The image I'm using now was an old version of

Oh. I was expecting something different. Anyways, I only bring it up because we do have an animated SMB sprite of a Goomba, and you could free up your personal signature slot, unless you like the brighter colors. --Wildgoosespeeder (talk) (Stats - Contribs) 21:59, 14 October 2017 (EDT)

That's right. I like the brighter colors on this one.

Alright then. No worries. I just hope that someone else doesn't think otherwise. :P I'm not too fond of people uploading things that are barely derivative of the images that are being used on articles or galleries, even though you are within full rights of doing based on Super Mario Wiki's policies. I get confused when it does occur or when I find older file uploads.

Yeah, that's why I'm asking things I don't know everytime. You know, I'm not that kind of person that doesn't care about breaking the rules but, well, it was an enjoyable talk :P

I've noticed some of your recent uploads are from vgmaps.com or aren't exactly screenshots taken as you play through the level. Using {{game-screenshot}} is no longer necessary. The appropriate license is {{game-map}}. If your image contains mainly level contents and not the protagonist (Mario, Donkey Kong, etc.) or HUD (score, timer, etc.), use the new tag. It should be added to the drop-down in Special:Upload by Porplemontage (talk). If you aren't the uploader, it is encouraged to fix file pages that you stumble upon that haven't transitioned to the new licensing tag. --Wildgoosespeeder (talk) (Stats - Contribs) 20:52, 19 October 2017 (EDT)

Alright, I will use that license now.

The Ice Snifit image you are using in your sig has been replaced with this image. I could change that for you, but I'll only mess with (near)active editor's userpages if I absolutely have to. Just letting you know.