ATTENTION: THIS USERPAGE IS UNDERGOING RENOVATION. I HOPE TO HAVE IT FINISHED AS SOON AS POSSIBLE.
Luigi 64DD is a user on the Super Mario Wiki. He takes the form of an N64-style Luigi. He tries to edit any mistakes on the wiki, but he finds it hard because the wiki is already really good. Okay, enough talking about myself in the third person. As stated above, I am Luigi 64DD, and I love Nintendo! I have been playing Nintendo games since I was a young child. I contribute here by mostly fixing small mistakes and whatever I see needs fixing. I am pretty active here and on the forums, but moreso on the forums. I write the section entitled "Countdowns" in the 'Shroom. I also am on Nintendo Wiki, but I am not as active there currently.

I've played so many Nintendo games that it would be hard to list them here. What I'm mainly putting here are the ones that I am trying to beat/complete. Just because a game isn't here doesn't mean I haven't played it. For example, I've played games like Mario Kart Wii, Mario Party 8, and Super Smash Bros. for Wii U a ton, but generally in multiplayer mode. Also, games that I have set out to beat but haven't played in forever and will probably never finish, such as Drawn to Life: SpongeBob Square Pants Edition, will not be on this list. Also, this section may be somewhat outdated due to me playing and beating new games. So, now that I've said all that here it is!

Beat the Final Boss (or Equivalent)

Still Working on it

Okay, these aren't actually pictures of the real me, but they are pictures of my wiki form. Yup. 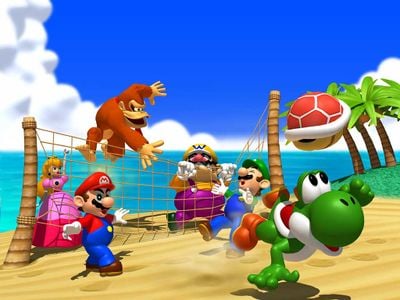 This is a picture of me playing a fun game of UsertalkpageBall with my friends. The guy with the green cap who's about to fall over is me, the dinosaur with a saddle who is about to hit the Reply Shell is Yoshi the Space Station Manager, and the guy with the red cap is Alex95. Don't ask me who those others are. 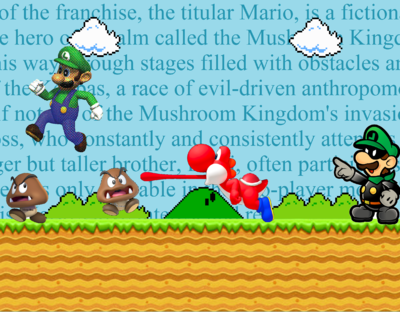 This is me editing the wiki with my coworkers. I'm about to stomp a Misspelling Goomba, YSSM is about to eat a Bad Grammar Goomba, and Ultimate Mr. L is saying, "Ooh, the annoying masters of misspelling and grammatical errors! Do I look scared? Have at you! Get them, minions!"

This is the userbox I give to my friends. You must ask to become my friend. If I accept, then I will give this to you. Do not take it unless that happens. If you disobey, the wrath of Weegee shall fall upon you!

In this section I review and compare games. I'll do ones when I feel like taking the time for it. I may even try to get them in the 'Shroom some time, although they might need improvement first. Possible future ones: Super Smash Bros. Melee vs. Brawl vs. for Wii U; Mario Kart 8.

Review and Comparison
Both of these games are really good, some of the best Mario platformers. Galaxy 1 had a great story, great variety of galaxies, great music, and great gameplay. Galaxy 2 matches it in most ways, except the story was not as good. Galaxy 1's observatory gave a majestic feeling to the game, while Galaxy 2's Starship Mario lent a different feel; more of a feeling of exploring new parts of the universe on a starship while picking up new passengers on the way. The overworld map of Galaxy 2 adds to that feeling as you go deeper into the expanses of the universe, always nearing the final confrontation at Bowser's lair. The map also gives a feeling of connectedness and linearity that Galaxy 1 didn't have. In short, Galaxy 1 is majestic and dramatic, while Galaxy 2 is adventurous and bold. Both of these have more character than your average only gameplay-based New Super Mario Bros. game. While both games have a great mix of action and exploration, Galaxy 2 focuses slightly more on action. Only slightly-- not totally action-based, like Super Mario 3D Land and World. The final battle of Galaxy 2 was more epic than Galaxy 1's battle, but a little too easy in comparison. Galaxy 1's ending was amazing, one of the best in any Mario game, which is part of the reason I say its story was not only better than Galaxy 2's, but probably the best story out of all the platformers. Rosalina's storybook is another reason I say this, including the most tear-inducing moment in the history of the Mario platformers (although I didn't cry, I'm sure others did). By the way, the main reason I'm saying Galaxy 1 has the best story out of just the platformers is because I haven't played the RPGs, there being a good chance that they have better stories. In conclusion, both Galaxy 1 and 2 are up there with games like Super Mario Bros., Super Mario World, and The Legend of Zelda: Ocarina of Time in being Nintendo's masterpieces, the best games that Nintendo creates. So, Super Mario Galaxy is awarded 5 stars, and Super Mario Galaxy 2 is awarded 4 1/2. NOTE: Bronze star = 1/2 star.

UPDATE: Recently, I was playing Super Mario Galaxy 2, and I realized that the platforming was fun. Really fun. Possibly even funner than Super Mario Galaxy! So, I decided that Galaxy 1 and Galaxy 2 are just as good as each other. Galaxy 2's great platforming and superior number of galaxies evens out its inferior story. Therefore, it now gets 5 stars, just like Galaxy 1. 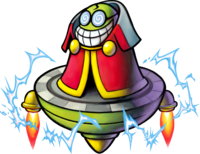 Mario and Luigi: Partners in Time

Mario and Luigi: Bowser's Inside Story

Also, this:
Error
From Zelda 2: The Adventure of Link.

I'm glad I figured out how to put images that are not on Mario Wiki here without uploading them as personal images!

1.Weegee is a demon. I mean, come on, why would Luigi look so creepy normally? He must be possesed.

2.Shy guys are actually just floating masks (like Phantos) that take control of sacks filled with stuffing. This one could actually be true. It was inspired by this: [1]. Notice how in the last frame the speech bubble comes from the mask, not the body.

3.Rosalina has a secret crush on Waluigi, but is too embarrassed to say it. This one was made up by my brother. If Peach's boyfriend is Mario, and Luigi's is Daisy, then whose is Rosalina? At first, he thought Wario, but said that Wario's girlfriend is Mona, although I think he was wrong about that. So, naturally, the only one left would be Waluigi. But Rosalina would never admit love for Waluigi, leading to this humorous idea.

My earliest game memory is when my family got a Wii. It was not long after it came out. As the box sat open in the room where videogames were kept with all its contents still in it, I looked inside the box. I must have been fascinated by the white rectangular box and all its cords and accessories, because I got a pencil and paper and drew a badly-drawn picture of the Wii and every single other thing in the box that wasn't packaging. This may not be what one would normally do with a new gaming system, but it's what I did. However, there was one inaccuracy with the drawing: the Wii was plugged into a TV displaying nothing but the word "Wii". Since I had yet to see the Wii in action, I assumed that the screen would look like that when it booted, kind of like the Gamecube. Little did I know that the Wii actually had a main menu!

"Thank you, my good sir/miss/madame!"

Thank you for bothering to read all the way to the bottom of this userpage! Goodbye, and keep on editing!