Welcome to my user page! I'm fairly new to the wiki so I don't know to add images yet but I'll learn...hopefully. I'm obviously a huge Lemmy Koopa fan and he owns a land which is called Lemmy's Land which is a reason why a reason why I like him.

How I Became a Lemmy fan

When I was over at my friends house he was on World 7, Ice Land in Super Mario Bros. 3 and was fighting Lemmy and that ball and mohawk and indian scars looked cool to me so I became a fan of him and then I discovered the website Lemmy's Land and then I became an even bigger fan of him and he is my favourite character in the Mario series.

My Interests and Hobbies

My Comments on This Picture 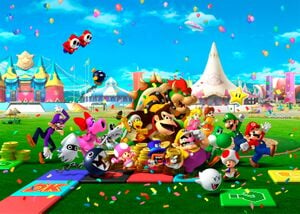 And here's the gift: HI

The Gallery of Bowser Jr.