Here is something that I greatly approve of. I am so glad this is an FA now!

The Warnings from your old account[edit]

Hi. Don't worry, you didn't do anything wrong just now. But seeing how your previous account was warned once, of course your old warnings will be transferred to your current account as well (after all, an account-move doesn't negate a warning's effect). I hope you understand. -

I recieved this warning as well...

Hey Blue Toad, I'm Koopayoshi I,m sorry but I was putting an image and it didnt work so Im testing it out. 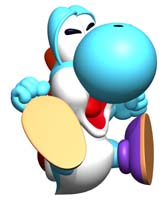 Redirected. But please, try to remember your password next time. Write it down, perhaps? It would certainly make all our jobs easier. Thanks! And, while I am capable of creating your userpage, I cannot. I am far too busy, and I am really not a big advocate of userpages anyway. Sorry about that. Have a nice day! BLOC PARTIER. 00:24, 7 August 2010 (UTC)

Did you really lose your password or did you just try to get out of your warnings, which of course, you failed at?

Me and my bro made them up and I laughed at that.

I like Toad. He's one of my favorite characters (3rd most) and Blue Toad kicks butt out of all the Toads (well, ever since the NSMBW stuff). Don't get me wrong on this :P

Come, who likes a weird baby little fungus thing that smiles 24/7? I do. Hee-hee.

You should notice the classic Super Mario Bros. picture. The princess is getting kidnapped and all the Toads are smiling. Besides, only Peach's Toads smile like this, no matter what. All other Toads are normal.

File:ChocolateCake SPM.png Well, happy Wiki birthday! Have a piece of cake, its on the house. Emperor Yoshi (talk)

I blocked him, he should have known better. Thanks for telling me. Fawfulfury65

Well, that wasn't too much of an attack. Vandal attacks make everything interesting when you're a patroller. It always gives you something to do! Fawfulfury65

So, did anything good happen over the Summer? Emperor Yoshi (talk)

I guess that would be in order. -

After I wrongfully un-friended you back during the chaos, I'm now re-friending you. Sorry about that, man. Here's my box again if you lost it: |-

I suggest you write down your password so you don't forget it. Fawfulfury65

Sorry I didn't respond to you... Sure we can be friends! I still gotta make a friend ubx... :P

Hey Blue Toad! I just want to thank you for being one of my friends. Today, I’m celebrating the first anniversary of my joining the wiki. Here’s the wiki’s most celebratory image as a gift:

Hey, no problem. Thanks so much!

You did a decent job with the archiving. Thanks for taking over my spot when I am on hiatus. However, an error I caught was that you wrote in "Don't keep using abbreviations" in green, when it should be "Use the full name" in green. It sounds like the proposal failed and we only use red for failing proposals. I know it sounds common sense, but please keep this in mind.

Again, thanks for your cooperation. 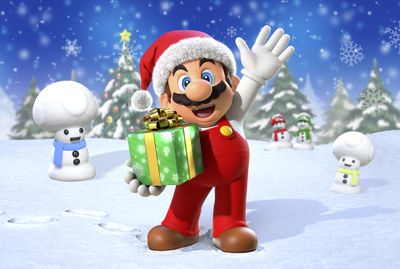 Merry Christmas, Cosmic Blue Toad! Another year of editing has passed, and to commemorate this year of wikiness, I give you two things. First, an image of you, me, and all of my other wiki friends at the annual MarioWiki Christmas Party. Also, you get a gift! Check below to see what you get. It may be different than someone else's, so be sure to check out other talk pages to see what everyone else got as well. Have a great holiday season and a happy New Year's! ~Bowser's lumatalk

A Message from Blocked User Shadoom[edit]

I recieved an email from former MarioWiki user Shadoom, asking me to apologize to his friends on the wiki for the disruptions he caused. I'm sure he would appreciate it that the wiki see him as a quality guy who made some wrong choices, not an ill-intentioned user without care for the wiki community. The fact that he made the decision to apologize to everyone here is honorable in my opinion, and Shadoom hopes that the wiki continue to be a great place that we all love.